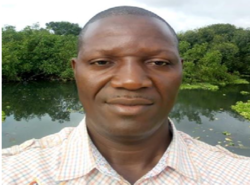 Green Advocates, IDI develop new tools to hold oil palm farmers accountable for environmental and human rights violations
Green Advocates International (GAI) and Inclusive Development International (IDI) have developed new advocacy tools that would be used by local communities to hold oil palm growers accountable for environmental and human rights violations committed in Liberia.
GAI is a non-profit, public interest law, environmental and human rights organization working to advance a wide range of rights-based issues through legal aid, consultation and support for the victims of environmental and human rights violations, while IDI supports the struggles of those fighting on the front lines for just and inclusive development by partnering with grassroots organizations and local communities around the world to defend their land, natural resources and human rights against threats from harmful investment, trade and development projects.
The new advocacy strategies, which were recently developed, will create opportunities for local community members and their civil society counterparts to effectively engage with oil palm concessions in Liberia.
They were developed under a project entitled: “Advising civil society on investment chain in Liberian oil palm sector and company-specific advocacy strategies that could be employed” through funding provided by Rights and Resources Initiative (RRI), a global coalition of 13 partners and more than 150 international, regional, and community organizations advancing forest tenure, policy and market reforms.
The development of the tools was necessary because Liberia has awarded up to 870,000 hectares of land through concessions to multi- national companies for the cultivation of oil palm, which has been characterized by series of protests from local communities irritated by alleged human rights and environmental violations.
The oil palm sector has also not created the anticipated volume of employment and revenue projected by the Government of Liberia.
Prior to the development of the advocacy tools, GAI has effectively used the Roundtable on Sustainable Palm Oil (RSPO) to hold oil palm companies like Sime Darby and Golden Veroleum Liberia (GVL) accountable for human and environmental rights violations committed in their operational areas in Western and Southeastern Liberia respectively.
But, the head of programs at GAI, Francis Colee, said even the involvement of the oil palm industry in voluntary codes such as the RSPO have not effectively mitigated the risk of human rights and environmental violations occurring in Liberia.
He said that under the RSPO, for example, member companies are required to undertake extensive consultations with communities to ensure that their economic, social and cultural rights are not disturbed by plantations, but companies have failed to abide by RSPO’s principles they subscribed to.
Mr. Colee said that following years of work in the oil palm sector, Green Advocates voted to go back and map the entire investment chain in the oil palm sector, thus creating opportunities for community members and their civil society counterparts to effectively engage with oil palm plantations in Liberia.
With the advocacy strategies identified, Colee added, “we are now in a better situation to help oil palm affected communities explore different avenues or alternative accountability mechanisms, beyond the RSPO in seeking redress to community grievances or human and environmental rights violations by oil palm companies in Liberia.”
“Our doors are open to oil palm affected communities interested in accessing these different advocacy tools to press for redress to community grievances linked to loss of farmlands, forest resources, water and air pollution, crop compensation, involuntary resettlement, desecration of shrines and scared places, improper Free, Prior and Informed Consent (FPIC) implementation,” Colee assured communities in an interview with reporters in Monrovia.
Paul Larry George, Chairman of Alliance for Rural Democracy (ARD), a network of Community Based Organizations (CBOs) working in solidarity actions to address the numerous problems confronting and affecting rural poor communities in Liberia corroborated that like other sectors, oil palm concessions are awarded without the free, prior and informed consent of the local communities.
George, whose group has membership in all of Liberia’s 15 political sub-divisions indicated that “like rubber, the oil palm sector has created so many controversies over land rights, desecrated shrines and sacred places, displaced populations, polluted water sources and destroyed the livelihoods of indigenous peoples and local communities.”
George played some roles in the development of the tools and hopes that moving forward the oil palm industry can demonstrate that it can truly contribute to economic growth by balancing investment with human rights.
The ARD Chairman indicated that government recent pronouncement that the country is open for business again renews Liberia’s reliance on Foreign Direct Investment (FDI) and said “while the Government is exploring ways to create economic activities, there are questions about the integrity of the companies involved, given their role in land grab and human rights violation”.
George was however quick to note that many investors in the oil palm industry appear to be making improvements from initial mistakes they made in handling community grievances,  but expressed fear over whether local communities will be engaged or properly consulted in acquiring land for oil palm expansion.
“This is also an opportunity for the newly elected Government of Liberia to
demonstrate its readiness to mitigate the impact of past mistakes in awarding concessions
without the free, prior informed consent of the local communities,” George concluded.
Already, Green Advocates and IDI have conducted trainings for members of the Civil Society Oil Palm Working Group and oil palm affected communities based on the investment chain mapping report. During this process Green Advocates facilitated the identification of a test case that was brought through the grievance process.
The test case led to the identification of a community complaint. Community members were then assisted by Green Advocates and IDI to communicate their grievances to pressure points or advocacy targets identified based on the test case.