Burkina Faso adopts a new agricultural investment code: How does it contribute to sustainable development? 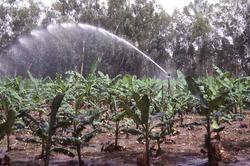 Burkina Faso adopts a new agricultural investment code: How does it contribute to sustainable development?
By Mohamed Coulibaly, Suzy Nikièma
Reinforcing the sector’s importance, the President of Burkina Faso enacted in June 2018 a new agriculture investment code aiming at promoting productive investments in livestock, fisheries, forestry and fauna management (The Agricultural Investment Code). It establishes an enabling environment and creates incentives to boost investment in the targeted sectors. The adoption of this law completes a long process in which IISD has been engaged with the Ministry of Agriculture and Food Security, together with other partners, since 2012.
Eighty-six per cent of the country’s population are active in agriculture, which provide about 45 per cent of households’ incomes, according to the document on agriculture related-sectors investment opportunities.
Burkina Faso’s rural sector contributed nearly 33 per cent of the country’s gross domestic product (GDP) between 2005 and 2015, but this contribution decreased to 27.8 per cent in 2017, in part prompting the government’s ambitious plan to accelerate agricultural transformation. The newly adopted agricultural investment code aims to develop resilient and productive rural sectors, while reinforcing a market-oriented approach based on the principles of sustainable development.
HOW DOES THE NEW CODE REFLECT KEY SUSTAINABLE INVESTMENT ISSUES? AND WHAT ASPECTS COULD BE IMPROVED?

The strengths: the code supports and reinforces the primacy of existing environmental, labour, land and tax laws, and prioritizes responsible investment.
The code makes specific and repeated references to the applicability of Burkina Faso’s existing laws and regulations, ensuring agricultural investors will be subject to all the country’s laws, including those on the environment, labour, tax and land. This avoids the risk that the code could be seen or used as a vehicle to allow agricultural investors to bypass other areas of law.
Another positive aspect is the applicability of the code to growth poles, an important emerging tool being harnessed by a number of African governments, including Burkina Faso with Bagrépôle as a pilot project. Agricultural growth poles are specific zones for concentrated production, processing, services and distribution of agricultural products with a view to increase value addition. An earlier version of the code had incorporated provisions excluding its application to growth poles. This was removed from the final draft, meaning that investors operating in growth poles should, in principle, comply with the Agricultural Investment Code.
It should be noted that the code does not extend to industrial processing or marketing of agricultural products, which are key activities more likely to occur in agricultural growth poles. Therefore, while these poles are covered in principle by the code, in practice, a crucial segment of the activities occurring in these areas is excluded.
Some shortcomings: provisions on employment incentives and prioritizing local goods and services could be stronger.
The code could also have stronger incentives for investors to use local goods and services or to establish community development agreements. The code only encourages local employment generation by offering fiscal incentives such as customs duties and tax exemptions based on the projected investment and its impact on job creation and, to a lesser extent, in terms of export of an important part of their production. To maximize job creation and other economic opportunities for the local community, the code could word related provisions as prescriptions for investors, irrespective of the grant of tax incentives. For example, the text could include provisions requiring investors to reserve unqualified positions for nationals and prioritize them, at equal competence, for qualified jobs. Then, more targeted and ambitious objectives could be required from investors willing to benefit from tax incentives.
Despite some shortcomings that can be fixed through implementation, the code is an important step in the right direction to attract responsible investment. At the same time, it provides more clarity and coherence for investors while strengthening the existing legal and regulatory system governing issues such as land and labour rights, environmental protections, and tax obligations.