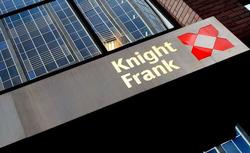 Investors from the Middle East have been tempted by African agribusiness for years, and a report on Monday by real estate consultancy Knight Frank suggests demand is growing.
The National | 30 October 2018

Quick take: Why is African agribusiness luring GCC investors?
by Sarah Townsend
The UAE – like other countries in the Arabian Gulf – wants to ramp up overseas food production to tackle resource scarcity at home.
Africa, with 60 per cent of the world’s arable land, represents a huge opportunity.
What is agribusiness?
Agribusiness means farming for commercial purposes, or, the business of agricultural production. Activities include crop production, processing and distribution, sale and distribution of farm machinery, livestock breeding, agrichemicals and related marketing, retail and sales operations.
Why is Africa such a huge opportunity?
The continent has the largest amount of uncultivated land in the world. An estimated 201 million hectares of land is potentially available across sub-Saharan Africa, representing 60 per cent of the world’s total, according to Fischer and Shah figures cited by the World Bank. This abundance of uncultivated land is far higher than the estimated 120 million hectares available in Latin America, in second position. Africa therefore remains the last frontier for crop production – although urban growth is fast sucking up available land.
Is the GCC interested?
Yes. Investors from the Middle East have been tempted by African agribusiness for years, and a report on Monday by real estate consultancy Knight Frank suggests demand is growing. GCC agricultural investors are increasingly driven by more than the prospect of reaping returns. “Food security is the primary concern of Gulf states,” the report said. “Given the lack of farmland, this is not a surprise.”
The region’s desert climate, limited arable land and water scarcity have resulted in high dependency on food imports – in the UAE, African imports totalled $21bn in 2017, up 170 per cent since 2010.
Meanwhile, the UAE was the second largest investor country in Africa across all sectors in 2016, with a capital investment of $11bn, according to fDI Intelligence – showing the scale of regional interest in the continent.
How can agribusiness increase food security?
Rising dependency on imports exposes economies to global food price fluctuations. This is a concern when GCC food consumption is set to expand at an annual rate of 4.2 per cent between 2016 and 2021 as the population grows, according to Alpen Capital.
By partnering with farmers in joint ventures, acquiring land outright or otherwise investing in African farmlands, GCC investors can ensure a sustainable food supply, while boosting African economies. Various UAE institutions have invested in farming projects across Sudan, Congo, Namibia, Zimbabwe and Sierra Leone over the past decade, according to data from global land monitoring initiative Land Matrix. In 2009, Saudi Arabia acquired 500,000 hectares of arable land in Tanzania as part of a strategy to reduce domestic wheat consumption, after it realised agricultural activity had depleted its water supply.
What are the benefits for Africa?
Africa needs more food itself - as its population grows and becomes more urban-centric. “The investment rationale is strong,” said Andrew Shirley, head of rural research at Knight Frank. “The continent’s population is set to grow by 1.3 billion by 2050 meaning many more mouths to feed.” More and more of these people will be living in urban areas with higher disposable incomes, prompting an uptick in food demand across Africa, he added. The sub-Saharan food and drink market is set to be worth $1 trillion by 2030, up from around $300bn in 2010, according to the World Bank.
What are the risks?
GCC states typically invest in agribusiness at governmental level through deals with countries such as Sudan and South Sudan, which are generally inaccessible to private individuals and non-sovereign funds as they involve leasing huge tracts of land. It is still possible for private investors to access large blocks of undeveloped land at relatively low prices, Knight Frank’s report said.
However, the risks are greater due to the cost of infrastructure and potential distance from market. Investors must identify established large-scale farming businesses with proven management teams and transparent ownership rights.