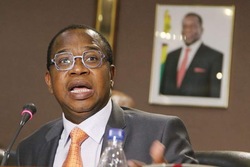 Private sector to drive Command Agriculture
Finance and Economic Development minister Mthuli Ncube says government's participation in the special agriculture production programme Command Agriculture will be reduced as initiatives are being put in place to increase private sector support in agricultural finance.
In the Transitional Stabilisation Programme Reforms Agenda, an economic blueprint spelling out the country's economic agenda, Ncube indicated that government will be loosening its reins on the Command Agriculture programme, handing it over to private financiers.
Beyond 2020 government will focus on supporting vulnerable households, while the private sector will be required to fully fund commercial agriculture in Zimbabwe.
"As the country moves forward beyond 2020, government will focus on supporting vulnerable households, while private sector and commercial bank finance will be required to fully take up its rightful role of adequately underpinning agriculture, particularly A2 commercial farmers where challenges of access to financing is also linked to rule of law and security of tenure," he said.
In order to facilitate private sector investment in agriculture, government will expedite issuance of bankable 99 year leases to allow farmers access to funding from financial institutions.
"Heavy reliance on government of the Special Agriculture Production Programme will be gradually reduced as initiatives to enhance private sector support gather momentum.
"This will also entail introduction, from the last half of 2019, of such innovations as the voucher system, also targeted at helping reduce inefficiencies," Ncube said.
In order to facilitate this, government engaged financial institutions on bankable 99 year leases, culminating in recent amendments acceptable to the banking sector, over and above enforcement of the rule of law and guaranteeing security of tenure under the new dispensation.
"Government remains available to overcome any challenges that might be encountered by farmers and banks with regards to acceptability, for borrowing from local banks, of the new version of Zimbabwe's 99-year land leases issued to farmers.
"It is, therefore, expected that all commercial farmers will be issued with the new leases which allow them access to funding from financial institutions. The submission of viable farming proposals for loan funding by banks also remains central," he said.
The damage done to property rights by the 2000 land reform programme caused a series of ripple effects throughout the country's other economic sectors.
In trying to rectify the issue of security of tenure, government introduced the 99-year lease although banks have been reluctant to accept the document as collateral.
The Transitional Stabilisation Programme also provides for the continuation of support to the Command Agriculture programme for the 2018/19, and 2019/2020 summer cropping seasons under various windows, through the provision of financing, inputs as well as extension services.
"The Transitional Stabilisation Programme is targeting 300 000 hectares for maize under the Special Maize Production Initiative, out of which 200 000 hectares will be under dry land and 100 000 hectares under irrigation at an estimated total cost of $318,4 million.
Funding for the Special Maize Production Initiative will be from private sector facilities, with government providing the required guarantees.