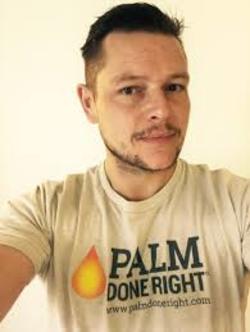 The peace agreement signed on Friday 19th October 2018 between the natives of Makpele chiefdom and the international investment group, Natural Habitat was as a result of concern over land grabbing where large tracts of land in the chiefdom are leased to the commercial investor by a small fraction of community stakeholders.

Nicolas Jengre, Regional Director, Solidaridad West Africa, spoke on his organisation’s mandate to act as a peace negotiator for equal rights to land especially for women, protection of land rights and the livelihood of vulnerable people.

Jengre further pointed out the overall objective is to create transparent land acquisition systems between rural communities and investors as to recognise and protect informal and traditional rights to land based on an inclusive consultation process with individual landowners.

Jengre underscored the essence of such agreements and its importance in answering the challenge of ending hunger and assuring food security of every child, woman and man in an economically, socially and environmentally sustainable way.

The agreement, he further noted, is intended to give the investor and developers clear indications on best practices on the land acquisition steps.

He also spoke on the Solidaridad mandate with regards the implementation of the voluntary guidelines on responsible governance of land stating,  “The overarching goals are to achieve food security for all and support the progressive realization of the right to adequate food in the context of national food security. While supporting efforts towards the eradication of hunger and poverty, the guidelines are also intended to contribute to achieving sustainable livelihoods, social stability, housing security, rural development, environmental protection, and sustainable social and economic development.”

Aminata Massaquoi, landowner, pointed out that politicians and investors need to take into account full recognition of informal land rights held by landowners and communities adding that the said agreement is a milestone achievement for a win-win position.

Massaquoi said, “Thousands of landowners have become poorer because when it comes to land deals investors abandon the landowners and directly only consult authorities at our own expenses. With the new agreement I believe landowners can now reap the benefit of their land and live peacefully in their respective communities."

Josephine Abu, landowner, said land deals for promises about jobs and the building of roads, along with improved health and education facilities, electricity and water wells have been hardly fulfilled because there has not been an inclusive consultation between investors and the communities but rather a few local authorities who are entrusted with power.

Iye Sherif also spoke on customary practices that often discriminate against women to access land stating, “This makes women vulnerable and decreases agricultural productivity. When women lose their connection to this male relative, either through death, divorce or migration, they can lose their land, home and means of supporting themselves and their families.”