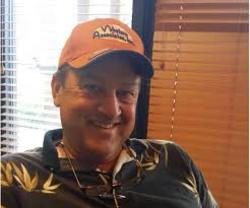 An American company, Cade Creek International, Colorado, United States, in partnership with a Non Governmental Organisation (NGO) Youth Off The Streets Initiatives (YOTSI) has concluded plan to set up a $25 million farm in Ifon, the headquarters of Ifon Orolu local government area of Osun state.
The farm, when fully operational will provide direct jobs for no fewer than 6000 people of different age  grades and professions.

The Chief Executive Officer of Cade Creek International, Patrick Alley, announce the partnership during the presentation of the Memorandum of Understanding (MoU), by all the parties involved in the business at the palace of Olufon of Ifon Orolu, Oba Almaroof Magbagbeola.

Alley, told newsmen that he received spiritual directive to come to Africa to help provide jobs and add value to the living of many people, when praying in his house in year 2008.

To ensure maximum yield, the American said an irrigation specialist would be brought from the US, adding that besides providing jobs, the farm would also train people of the state in different new innovations of modern method farming.

He added that different crops would be planted, and emphasised on a new cornflakes company that would be opening in the country soon, adding the company would source for corn from the farm.

He further explained that the primary purpose of Cade Creek Farming is to provide effective and environmental friendly agribusiness in Africa, utilising it vast experience to help the people of Africa in the farming sector.

He noted that the intention is to teach the local labour forces how to use the equipment and give them knowledge of commercial farming.

Also part of the initiative, Alley opined that Cade Creek would also contribute funds for housing the employees and for the medical and school.

In his remarks, the president of Youth off The Street Initiative (YOTSI), the initiator of the project, Comrade Kennedy Nyere, said his NGO has, as one of its five cardinal programmes, agriculture and food security, stressing that empowerment of the unemployed remains main motive behind the establishment of the farm.

Nyere added: “the farm has taken off since May. A team visited the site of the farm and conducted soil test and our soil experts certified the soil good for farming.

“During the visit, Osun state government hosted us. We used that opportunity to explain our mission. We have gotten the assurances from government and the community that our investment here is save.

“The community is friendly. $25million dollars will be invested by an American investor. The community is giving the group the land to farm. Resources will come from US and our group.

“Youth Off the Street Initiative conceived the project and we brought in other partners. Olufon of Ifon was invited to the US for the meeting we had with the investor and an agreement was reached.”

In his remarks, Olufon of Ifon, Oba Almaroof Magbagbeola, said commended Patrick Alley, whom he described as a good man with vast experience in agriculture, for investing in the town.

The royal father said he met Alley and others involved in the project in United States and worked out the modalities and assured that the investment would be protected by the indigenes of the community.