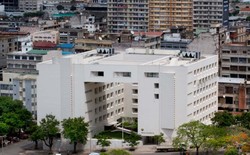 The Administrative Court of Maputo orders the Ministry of Agriculture to provide all information of public interest on ProSAVANA, an agriculture project between the Mozambican, Brazilian and Japanese governments
Lusa | 27 September 2018

The Administrative Court of the City of Maputo condemned the Mozambican Ministry of Agriculture to provide all information of public interest on ProSAVANA, an agrarian development project between the Mozambican, Brazilian and Japanese governments, was announced today.
An excerpt from the ruling of the Administrative Court of Maputo City, released today on the initiative of the Mozambican Bar Association, states that the conviction was unanimously decided by the collective of judges of that court.
That body urges the Ministry of Agriculture and Food Security "to make available to the public in general information of public interest relating to the organization, operation and decisions likely to interfere with the rights and freedoms of citizens, particularly those relating to land, food and nutrition of communities covered by ProSAVANA. "
The Administrative Court of the City of Maputo gives the Ministry of Agriculture and Food Security of Mozambique ten days to abide by the decision.
The conviction was triggered by a lawsuit brought by the Mozambican Bar Association (OAM) in 2017 due to lack of information on the functioning and decisions with an impact on the rights and freedoms of the communities covered by ProSAVANA.
Specifically, the OAM considers that the Mozambican Government has not shared with civil society information on how the 14.5 million hectares of the communities destined to ProSAVANA will be managed and whether the rights of communities on land are assured.
ProSAVANA is still in the study phase and experience results from a partnership between the governments of Mozambique, Brazil and Japan for the development of commercial agriculture in districts of central and northern Mozambique.