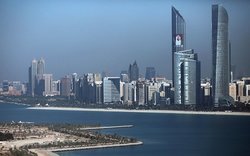 Abu Dhabi-based Al Dahra Holding said on Monday it will invest a further $500m in various sectors in the Romanian market after acquiring the largest farm producer there.
Al Dahra, which has been expanding aggressively in eastern Europe in the last five years, said it had bought Romania’s Agricost and Braila Island “recently”, but did not disclose a figure for the transactions.
Countries in the Gulf, one of the world’s biggest food importing regions, have stepped up efforts to buy and lease farmland in emerging economies to secure food supplies since 2007-2008, when food prices rose to record levels.
“Al Dahra will look at acquiring additional farming land in Romania and will invest in modernising the existing portfolio of agricultural machinery and technology,” Al Dahra said.
It is targeting to reach a combined annual production of 1 million tonnes of grains by 2022, it said in a statement, adding that it plans buying a logistics operator at Constanta Port to facilitate grain exports and the import of fertilizers.
In 2013, Al Dahra agreed to invest $400m by buying eight Serbian farm companies and develop them to grow and process food and fodder for export, in the biggest investment in Serbian agriculture for decades.