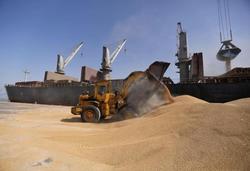 JBA Holdings, a joint venture involving Heilongjiang Agriculture Co. and Joyvio Group, will invest $100 million in a soybean crusher and grain port in Russia, and will lease 100,000 ha to grow wheat, corn and soybeans.
Bloomberg | 4 September 2018
China reaches into Russia's Far East in hunt for crop supplies
JBA Holdings, a joint venture between companies including Heilongjiang Agriculture Co. and Joyvio Group, will invest $100 million over three years to build a soybean crusher and grain port in Russia amid a push by Chinese firms to diversify their sources of crop supplies.
The JV will also lease 100,000 hectares (247,100 acres) of farmland in Russia to grow wheat, corn and soybeans, Ren Jianchao, JBA’s chairman, said in an interview in Harbin on Tuesday. Russia’s far east has vast farmland area and borders China, which, along with low local taxes, should reduce planting costs, Ren said. JBA will also build storage and a grain port in Russia’s Zarubino that could handle 3 million metric tons of grain a year, said Ren.
China is seeking to spur growth and carve out new markets through its Belt and Road initiative that’s backed by hundreds of billions of dollars for infrastructure projects. The Asian country is already building a new port in its northeast that will create shipping routes for grain harvested in Russia by Chinese companies. China is also seeking to diversify its imports of farm goods after an escalating trade spate with the U.S. prompted hefty duties on purchases of American soybeans, spurring concerns about a looming shortage.
Far eastern Russia lacks efficient logistical facilities and building those should encourage farmers to boost grain production in the area, according to Ren. Currently, only some small Chinese companies grow crops in the region and can export between 500,000 tons and 800,000 tons of soybeans to China each year. JBA’s plant will process 2,000 tons of soybeans a day into meal and oil, with the oil exported to China, he said.
Non-genetically-modified Russian soybean oil fetches a premium over China’s domestic edible oils, said Savenkov Dmitrii, a counselor to JBA. Russian corn and wheat are also at premiums to Chinese grain and non-GMO soybean meal is favored by some countries in Europe, he said.
China’s Jiusan Oils & Grains Industries Group Co. is also a partner in JBA.
— With assistance by Shuping Niu