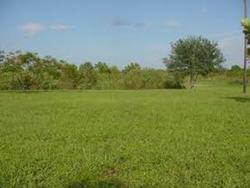 He said the clarification of land acquisition would go a long way to boost the confidence of investors, who wish to invest in agribusiness and result in increased production of agricultural produce.

Mr Jae Heung was speaking at a symposium on agricultural cooperation between Ghana and Korea, jointly organised by the Centre for Scientific and Industrial Research (CSIR) and the Rural Development Administration of Korea.

Speaking on the topic: 'Agricultural Development for Cultivating Rice in Ghana,' he said, it was prudent for government to clarify the land acquisition and compensation method, due to the customary land tenure, lack of clear land rights and the lack of transparency for land acquisition.

He also urged government to provide guarantee for investors through increased participation in the agricultural value chain.

Mr Jae Heung called on government to enlarge agricultural water management institutions and also by leading the development of agricultural infrastructures to boost the country's economy through foreign investment in agriculture.

He said it was important to increase the production of rice in the country, as the country imported 680,000 tonnes of rice annually, representing 66 per cent of rice imports.

He noted that farmers currently produced 180,000 tons of paddy rice per annum, the highest in the country, which was half of their production capacity.

Professor Robert Kingsford-Adaboh, the Chairman of the CSIR Council, on his part said the council was excited about the partnership forged between Ghana and Korea, and that, the Council would ensure that the collaboration is sustained.