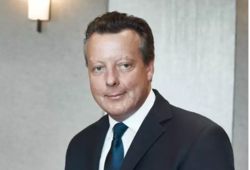 
For a man with information on prime properties across the globe, Lord Andrew Hay can separate the wheat from the chaff. And that’s why the wishlist of the global head of residential division, Knight Frank, like many of today’s high-networth individuals (HNIs), involves investing in agricultural land.
Security plans
The regions that have found favour are Australia, Africa and South America, according to Hay. “We are losing 10 million hectares of productive land each year. There will be food shortage in the world by 2050, and, therefore, food security is going to be very important,” said Hay. “If we are going to [continue to] feed the world’s population by then, we will have to replace that land with area three times the size of France. So, as an investment class, it’s going to be very important for the future.”
One of the people already doing this is Sir James Dyson, inventor and founder of British technology company Dyson Ltd, who Hay describes as one of the most intelligent men in the world. “Dyson has been investing heavily in farmland around the world because he has recognised that there will be need to produce high quality food,” he said.
Interestingly, the Chinese too have identified this problem and are aggressively working on it. “The Belt and Road Initiative is their huge long-term strategic plan. They are investing a lot,” he said.


$1-billion wishlist
When asked what he would do if he had $1 billion to invest, Hay reiterated his plan to invest in agriculture land. “As a long term investment; not for my children but my grandchildren, farmland is very important,” he said.