Ghosts in the machine

Ghosts in the machine 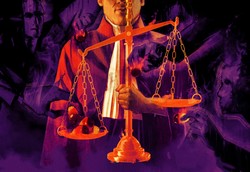 The series is the product of 16 months’ reporting across the Southeast Asian country, interviewing fixers, middlemen, lawyers and companies involved in land deals, and those most affected by them.
Ghosts in the machine, from Earthsight’s The Gecko Project and environmental news site Mongabay, exposes how dark money from the palm oil industry is flushing into regional elections, allowing corrupt politicians to entrench their positions and channel land to plantation firms.

The investigation examines the events leading up to the arrest of Indonesia’s highest-ranking judge, Akil Mochtar, in October 2013. In the wake of Akil’s arrest it emerged that he had accepted millions of dollars from a number of candidates involved in regional elections across the Southeast Asian nation. The results of the many of these contests had been disputed before his court, the highest in the land, to be decided impartially.

Akil’s case, the biggest corruption scandal in years, electrified Indonesia, as it became clear that the judge had become a part of the corrupt system he was supposed to police. In 2014 Akil was jailed for life, but the source of the money used to bribe him remained in the shadows. Until now.

Ghosts in the machine traces the money to a series of land deals worth US$9.2 million, cut in the heart of Borneo in the months leading up to the regional elections in 2013. The investigation pieces together the web of shell companies and middlemen who play a central role in moving money from palm oil firms to politicians, and land licenses for plantations in the other direction. It draws from company documents, court records, and interviews with sources in Jakarta and Borneo, including confidential sources close to the people involved.