Around 2006,  Mitr Phol Sugar Corporation., Ltd. One of the major sugarcane and sugar companies in Thailand  began to expand their sugarcane production base to neighboring countries in order to produce sufficient quantity. This company is trying to compete in the global market by expanding production base to neighboring countries. This Infograhpic solely looks at the case of sugarcane plantation investment in Oddar Meanchey, Cambodia. 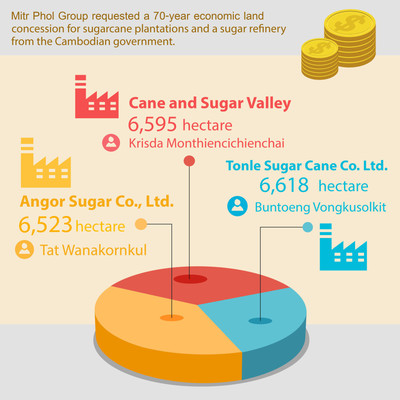 This case study shows the total number of economic land concession (ELCs)[1] obtained by Mitr Phol’s Cambodia-registered affiliated companies totaled to 19,736 hectares, which exceeded the maximum number of 10,000 hectare a single private entity may own. In addition, these ELCs overlap residential areas and farmlands 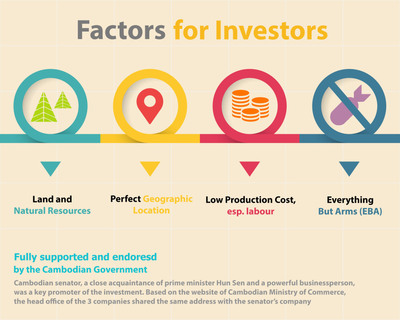 Everything But Arms Initiative (EBA) is the European Union’s (EU) scheme to promotes imports of products from the Least-Developed Countries (LDCs) without tariff and quota. The scheme aims to encourage exports among the LDCs in order to promote national economic growth.[2] Cambodia is considered a LDC and entitled to the privilege. that were currently cultivated by local communities. 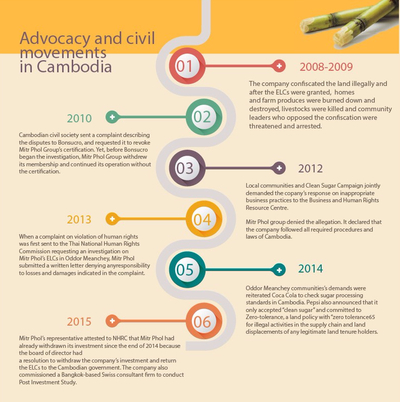