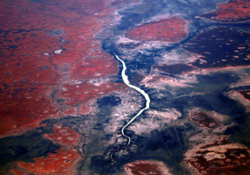 by Jonathan Barrett
SYDNEY (Reuters) - British private equity firm Terra Firma is aiming to raise more than A$1 billion ($775 million) for its Australian cattle stations, sources said, arguing for a hefty mark-up that has already priced at least one local party out of the process.
With first round bids due imminently, the high expectations could leave foreign bidders in the box seat, testing the government’s appetite for foreign ownership of sensitive assets less than two years after it rejected China-led bids for a major energy grid and agricultural company.
Terra Firma, which bought Consolidated Pastoral Co (CPC) in 2009, is seeking a 20 percent-plus premium to a 2017 asset valuation, two people with direct knowledge of the sale said, arguing that some land can be developed to grow high-yielding crops.
“What they are seeking to do is sell people the idea that they have an embedded option to convert to high-use agricultural land as opposed to just cattle grazing,” said one interested Australian party, who did not want to be named due to non-disclosure arrangements tied to the deal details.
“We can’t get anywhere near the numbers they are talking about,” said the person, who added the guidance was too high for them to bid.
CPC’s 16 properties across northern Australia have a 400,000 head carrying capacity and cover 5.5 million hectares (13.6 million acres), about the size of Croatia. The business, which includes a 90 percent interest in two Indonesian feedlots, had A$881 million in assets, according to a March 2017 valuation.
The CPC business is half the size of Kidman & Co which sold in late 2016 to Australian mining magnate Gina Rinehart and her minority bidding partner, Chinese developer Shanghai CRED, after two China-led bids were rejected by the government.
However, it is being marketed at well over double the price.
The properties are hitting the market at a time of upbeat beef export forecasts and favorable weather conditions, and boast a strong geographic position close to Asian export markets.
Dubbed “Project Ribeye” by selling agent Knight Frank, which is advising Terra Firma on the deal alongside Goldman Sachs, the sellers are emphasizing the crop potential.
An introductory sheet sent to prospective buyers and reviewed by Reuters, notes the land has more than 10,000 square kilometers (3,860 square miles) of natural irrigation and capacity to pursue large-scale cropping.
CPC said in a statement it had also developed the potential of the land through fencing and new watering holes, offering an opportunity for the next owner to “drive more value”. Terra Firma declined to comment.
DEAL OBSTACLES
New rules announced by the Australian government early this year amid concerns over China’s expanding interests require agricultural land sellers to advertise and market the holdings to Australians first.
However, the anticipated premium for CPC would make a local sale to all but the wealthiest cattle-focused parties difficult given the need for major capital works, an agricultural company representative with access to the deal details told Reuters.
As cattle stations, “they are relatively low yielding assets,” the person said.
“The carrying value shouldn’t be too far off the sale price, so it’s quite the sales task to get the premium they are after.”
The properties would likely draw bids from overseas companies with an eye on long-term food security, said Michael Chaplain, an agricultural property valuer at Taylor Byrne based in Australia’s north-east.
However, any foreign bid would attract government scrutiny.
Outspoken Independent MP Bob Katter, from Queensland where several of the CPC stations are located, said he would lobby to have CPC returned to Australian hands.
“Every time a local farmer wants to buy a station they are outbid by foreigners,” Katter said. “We need to reverse the trend.”
Australia’s Foreign Investment Review Board, which advises the government, has signaled it would generally be prudent for foreign-led bids to have an Australian partner, said Hans Hendrischke, professor of Chinese business and management at the University of Sydney Business School.
“That is a shift of emphasis, but it is not hard-wired,” he said. “It doesn’t mean that new big deals from a (single entity) won’t be approved.”
Interested local bidders will likely include pension funds and wealthy private companies, including Rinehart’s Hancock Prospecting, which recently added two cattle stations in the Northern Territory to its already significant pastoral holdings.
A spokeswoman for Fortescue Metals (FMG.AX) chairman Andrew Forrest, who has also been touted as a potential bidder, said he was not interested, while a Hancock Prospecting spokeswoman said the company did not comment on commercial matters.
Further consolidation of premium farmland in the hands of private Australian companies would likely attract scrutiny from the country’s competition regulator.