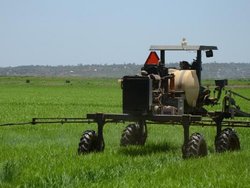 Win for Siaya residents as county resolves to allocate Yala swamp
By LAMECK BARAZA @lameckbaraza
The department of lands in Siaya County has recommended a portion of the contested Yala swamp land to be set aside for the community.
The over 30,000 acres of Yala swamp land is currently occupied by Dominion investors that has bred animosity with the nearby community who have always demanded a portion of the land.
However, on Thursday, the lands department resolved to set aside 5,200 acres of land for the community living around the swamp. The resolution came after the county formed an ad-hoc committee in 2014 to look into the issues affecting Dominion farms and the residents living around Yala swamp.
The committee was also tasked to do a survey to establish the exact size of land used by Dominion farms limited.The residents have been complaining of encroachment by Dominion farms among other land-related conflicts that have since left them suffering.
Regardless of the resolution made by the lands department, Dominion firm is on the brink of closing down. The firm laid off over 300 works early this year. They claim that they have been forced to close down the company due to political intolerance in the county.
At some point,the company blamed former Gem MP Jakoyo Midiwo and former Prime Minister Raila Odinga for making their operation in Siaya unbearable. Both Midiwo and Raila dismissed the accusations as political gimmick aimed at tinting their image and political career.
Speaking during the Yala  swamp stakeholders meeting in Siaya town, Agriculture Executive Committee member  Charles Ogada said he will forward the resolution to the assembly for debate.
Usonga Ward MCA Sylvester Madialo mentioned that once the land has been handed over to the community, it will be the task of community elders to find an amicable formula of dividing the land to all beneficiaries to avoid further land conflicts.