Harvard blew $1 billion in bet on tomatoes, sugar, and eucalyptus 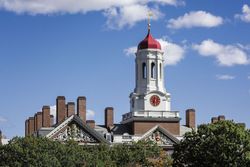 Harvard bet the farm in Brazil and lost. The university, which invested at least $150 million in a mega farm project in country's northeast, is now exiting, according to people familiar with the matter.
Bloomberg | 1 March 2018

Harvard blew $1 billion in bet on tomatoes, sugar, and eucalyptus
By Michael McDonald and Tatiana Freitas
Six years ago, Jane Mendillo, then head of Harvard’s endowment, spent a week in Brazil, flying in a turboprop plane to survey some of the university’s growing holdings of forest and farmland. That year, Harvard began one of its most daring foreign adventures: an investment in a sprawling agricultural development in Brazil’s remote and impoverished northeast. There, workers would produce tomato paste, sugar, and ethanol, as well as energy after processing crops. The profits, in theory, could outstrip those of conventional stocks and bonds and keep the world’s richest university a step ahead of its peers.
Harvard bet the farm in Brazil and lost. The university, which invested at least $150 million in the development, is now exiting, according to people familiar with the matter who requested anonymity because they aren’t authorized to discuss the investment. The venture contributed to the decision by its current endowment chief, N.P. “Narv” Narvekar, to write down the value of its globe-spanning natural resources portfolio last year by $1.1 billion, to $2.9 billion. Harvard, which manages $37.1 billion, has said those investments produced strong returns but now face “significant challenges.” Current and former officials otherwise declined to comment.
Harvard made many mistakes over the last decade, according to Thomas Gilbert, a finance professor at the University of Washington, but almost all of them boiled down to a single miscalculation: the belief that its top money managers—who were paid $242 million from 2010 through 2014—were smarter than everyone else and could handle the risks almost all other endowments avoided. “They became loose cannons,” Gilbert says. “When you’re managing donor money, it’s appalling.”
Harvard over the past decade posted a 4.4 percent average annual return, among the worst of its peers. It even lagged the simplest approach: Investing in a market-tracking index fund holding 60 percent stocks and 40 percent bonds, which earned an annual 6.4 percent. Some of Harvard’s blunders have been well-chronicled. Facing heavy losses after the financial crisis in 2008, Mendillo sold private equity stakes at deep discounts before they could recover. Her successor, Stephen Blyth, experimented with expanding the endowment’s in-house team of stock traders before retreating in the face of tens of millions of dollars of portfolio losses. Blyth stepped down in 2016.
But perhaps no bet damaged Harvard more than its foray into natural resources. The university invested in central California vineyards, Central American teak forests, a cotton farm in Australia, a eucalyptus plantation in Uruguay, and timberland in Romania. Harvard has been reevaluating and selling some of those investments, such as part of the Uruguayan plantation it sold to insurer Liberty Mutual last year. “The natural resources portfolio was supposed to be the crown jewel,” says Joshua Humphreys, president of the Croatan Institute, a nonprofit that focuses on sustainable capitalism. “But they were known for taking outsize risks, and those can cut both ways.”
Such investments haven’t always lost. Mendillo took the lead flipping U.S. timberland in the 1990s, delivering substantial profits when she worked for then-endowment chief Jack Meyer. Harvard similarly scored big gains when it bought and sold timberland in New Zealand in 2003. When Mendillo returned to Harvard after managing Wellesley College’s endowment, she tried for a reprise. This time she thought U.S. timber was expensive. Instead, Harvard could tap forestry Ph.D.s and other sharp minds to find opportunities in emerging markets, taking advantage of growing demand for scarce resources around the globe, she said in a 2012 Bloomberg interview.
Over four years, the head of Harvard’s natural resources investments earned $25 million
Mendillo saw these investments as decades-long wagers, which her board embraced. “Natural resources is our favorite area,” she told a July 2012 investor conference. At the time, Brazil’s economy was booming, and the government was pouring development money into the impoverished, rugged, semi-arid northeast. The university, working with Brazilian private equity firm Gordian BioEnergy, established a company called Terracal Alimentos e Bioenergia, according to tax filings and people familiar with the matter.
Terracal planned to spend more than 5 billion Brazilian reals ($1.5 billion) on the agricultural complexes. The first development would transform thousands of acres around the remote town of Guadalupe on the Parnaiba River using modern irrigation technologies. By the time Mendillo stepped down as endowment chief executive officer in 2014, the economy in Brazil was slowing, and a government corruption scandal was deepening, spooking Harvard and other foreign investors.
The strategy paid off for one constituency: Harvard’s money managers. Alvaro Aguirre, who oversaw natural resources investments, made $25 million over four years, tax records show. His boss, Andrew Wiltshire, was paid $38 million over five years. Both have since left Harvard. Mendillo earned as much as $13.8 million in a single year.
Narvekar, who took over in 2016, has decided to shift most of Harvard’s investments to outside managers. While considering further writedowns of natural resources investments, he’s indicated that he may continue to hold some if they’re a good value now. A group of alumni from the class of 1969 recently had a suggestion for Narvekar: Invest in index funds.