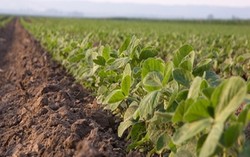 Note: translation of orginial in Portuguese to English by the editor
(Bloomberg) - Proterra Investment Partners, a private equity firm that was spun-off from agricultural giant Cargill, is raising $ 500 million to expand in Brazil, according to a person with direct knowledge of the subject.
The company plans to raise the funds by mid-year with US institutional investors, the source said. This would more than double its investments in Brazil. Proterra did not respond to a request for comment.
The company focuses on the acquisition of quality assets in a situation of financial stress, said the person. Two-thirds of the resources are to be invested in soybean, corn and cotton farms in the state of Mato Grosso, the largest grain producer in the country. The remainder will go to sugarcane projects in the state of São Paulo. Brazil is the world's largest exporter of soy, coffee and sugar.
Foreign investors are taking advantage of the weak real. The prolonged fall in commodity markets, coupled with the country's economic problems, have also made assets cheaper. Large agricultural companies such as the Bom Jesus Group and the Pinesso Group and sugar cane companies like Abengoa Bioenergia Brasil are in financial difficulties.
Proterra, which was separated from Black River Asset Management, a Cargill investment unit, by the end of 2015, has invested about $ 330 million in Brazil. The first incursion occurred in December of that year, when it acquired two sugarcane mills in São Paulo. Since then, the company has invested in two farms in Mato Grosso, where it grows more than 25,000 hectares of soy, corn and cotton.
The company runs a portfolio of more than $ 2.1 billion, according to the Proterra website.