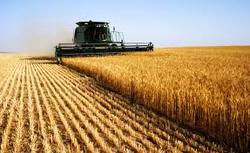 BrasilAgro might face the risk of losing access to clients and an overvaluation of its land portfolio because of its sustainability impacts.
Seeking Alpha | 30 November 2017

by Gabriel Thoumi, CFA
Gabriel Thoumi, CFA
BrasilAgro might face the risk of losing access to clients and an overvaluation of its land portfolio because of its sustainability impacts.
Investors with forest policies might have most leverage through engagement with BrasilAgro’s parent company Cresud.
BrasilAgro can course correct by addressing deforestation risks while improving returns via traceable products from farm to manufacturer.
Published by Chain Reaction Research, written by Hilde van Dijkhorst, AidEnvironment, Gerard Rijk, Profundo, and Gabriel Thoumi, CFA, FRM, Climate Advisers, BrasilAgro is a Brazilian rural real estate firm. It focuses on acquiring 'underutilized and non-productive land'. It generates revenues by clearing and developing land and subsequently selling these rural properties. In addition, BrasilAgro produces soy, sugarcane, corn and livestock. BrasilAgro has 11 properties in its portfolio. The majority of its farms are in the Cerrado, a wooded grassland savanna and an environmentally sensitive area that sees high rates of deforestation since 2000. Most of the soy expansion has occurred by clearing native vegetation in the Matopiba region. The Matopiba region includes the Cerrado states of Maranhão, Tocantins, Piauí, and Bahia. The Cerrado is home to rich biodiversity, with 12,070 native plant species. It is also where many traditional communities reside, and it is an important source of water for all Brazilian regions. BrasilAgro's activities in the Cerrado expose the company to deforestation-related business risks.
Key Findings
BrasilAgro's business model focuses on acquisition and transformation of Cerrado savanna into farmland. Its model relies on adding value to land by transforming underutilized or unproductive lands. This process of transforming land requires it to deforest native Cerrado vegetation. The value of BrasilAgro's farmland portfolio increased by 146 percent in the last 10 years.
Between 2012 and 2017, BrasilAgro has deforested 21,690 hectare (HA) of Cerrado vegetation. Most of the clearings took place at four of its farms:
12,672 ha at Fazenda Chaparral, Bahia

BrasilAgro might face the risk of losing access to clients and an overvaluation of its land portfolio because of its sustainability impacts. The soy market is moving towards zero-deforestation. In October 2017, a group of 23 consumer companies stated their support for the Cerrado Manifesto. Soy from recently deforested land might soon be barred from the supply chains of these companies. Recently deforested farms might also see less buyer interest.

BrasilAgro's investors could face an equity value loss of 21 percent. 26 percent of BrasilAgro's agricultural commodity sales are to its top two customers in soy and corn, each of which has made zero-deforestation commitments. Losing access to these clients would result in a 4 percent equity loss. If the recently deforested farms were to lose 25 percent of their value, the value loss would amount to Real 125 million (USD 39 million) which would be equal to 17 percent of its current equity value, as of November 17, 2017.