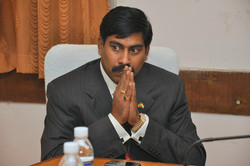 
Why are large land deals in Africa under scrutiny?

by Rina Chandran
MUMBAI (Thomson Reuters Foundation) - Large land deals in Africa with foreign companies have come under renewed scrutiny after an Indian firm, Karuturi Global, demanded compensation for the cancellation of its lease of farm land in Ethiopia.
Ethiopian officials, who have earmarked some 11.5 million hectares (28.5 million acres) of land for overseas firms to invest in agriculture, say Karuturi failed to make adequate progress on the land.
Activists say neither side addresses the more critical issue of millions of people being forcefully removed from ancestral lands with little consultation or compensation.
Ethiopian government officials have denied people are being forced from their homes to make way for large farms.
Here are some facts about large land deals in Africa:
* More than 117 large-scale land deals totaling about 22 million hectares, an area the size of the U.S. state of Utah, have been recorded in 21 African countries in the last 12 years.
* The land areas range from 1,000 hectares to 10 million hectares.
* East Africa accounts for 45 percent of these deals, with Ethiopia making up about 27 percent of all deals.
* About 45 percent of investors are Western and North American companies; Asian firms make up 26 percent of investors.
* Lease prices range from $1-$13.80 per hectare per year.
* Lands are primarily used for food crops, industrial crops including biofuels, and for carbon sinks and carbon trading.
* Following conflicts, Tanzania has announced ceilings on the size of land deals – up to 5,000 hectares for rice and 10,000 hectares for sugarcane.
Sources: Food and Agricultural Organization (FAO), the Oakland Institute, GRAIN.