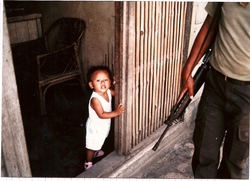 Philippine palm oil plan ‘equals corruption and land-grabbing,’ critics say
BY BRAD MILLER ON 31 AUGUST 2017
Series: Global Palm Oil
With its renewed promotion of what it calls the “Sunshine Industry,” the Philippine government is looking to cultivate another one million hectares of oil palm, 98 percent of which would be on the island of Mindanao.
Proponents say increasing palm oil production will alleviate poverty and armed conflict through large investments from Malaysian, Indonesian and Singaporean firms and other foreign and domestic companies, and tout potential revenue brought by palm oil’s increasing demand as a food and cosmetic ingredient and biofuel.
But critics worry expansion of the country’s palm oil industry will benefit large companies at the expense of small farmers, forests, and water quality.