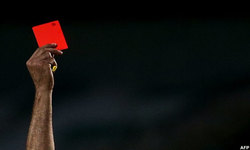 A new order is gradually unfolding in Lagos State. It first stemmed from the resolve of the state governor, Mr. Akinwunmi Ambode to deepen the rule of law. It, also, emanated from the need to promote social justice across the state. It was equally inspired by Ambode to make Lagos the first destination for foreign investors and a centre of attraction for all categories of tourists.

But the first legislation was enacted to address the challenge of land grabbing, which Ambode argued, had cost thousands of residents their life-time savings and compounded the state’s ease-of-doing-business record. For Ambode, “the state’s ease-of-doing-business record is not good enough to realise our vision of making the state a true investment and tourist destination.”

Driven by this vision, Ambode promptly set up a Special Task Force on Land Grabbers just after he took up the rein of power in 2015. And the taskforce was set up with a definite mandate, which the state Attorney-General and Commissioner for Justice, Mr. Adeniji Kazeem, ascribed to the need to arrest the menace of land grabbing and protect the victims of such acts pure and simple.

As well, Ambode was not oblivious of what the trend had been costing the state per annum. Findings from different institutional researches showed that land grabbing had been a source of disincentive for local and foreign investors in the state. Hence, Ambode said, it becomes imperative to protect their interests and ensure social justice where those interests are unlawfully undermined.

Already, the State House of Assembly had passed the law, which earned public approval statewide. Subsequently, Ambode assented to it, which created anxiety and disquiet in the rank of land grabbers. Also, enforcement had kicked off with some suspects now standing trial before different courts. In some parts, however, land grabbers are still on the prowl against the provisions of the law.

However, the governor is not wielding the sticks of enforcement alone. No doubt, Ambode had not left any stone unturned with respect to enforcement. But he had equally created a window for robust engagement with critical stakeholders – royal lineages, land-holding families and individuals among others, which Kazeem described as the second phase in the enforcement of the law.
As the attorney-general said, Ambode had directed the Office of Civic Engagement and Special Taskforce on Land Grabbing to meaningfully engage all stakeholders district by district and division by division. And the engagement was, first and foremost, designed to educate and enlighten all the stakeholders on the provisions of the state’s anti-land grabbing legislation.

Also, Ambode seized the forum with stakeholders to convey the commitment of the state government to full enforcement. So, Chairman of the taskforce, Mr. Akinjide Bakare said there would not be any sacred cow, citing Ambode’s pledge “to uphold the rule of law and guarantee social justice.” For any reason, he said, the state government will not entertain any breach or spare any violator.

Specifically, Bakare said the law “does not protect any traditional rulers if they are on the wrong side of the legislation.” He added that the law stated that any traditional ruler that engaged in land grabbing and other unlawful activities “will be dethroned.” Likewise, the attorney-general said, the law will be enforced against any violator irrespective of his/her social status.

“Our word is our bond under the Ambode administration,” Kazeem said. He said this was evident in the number of high profile land grabbing cases the state government currently being prosecuted in different courts of competent jurisdiction. He, therefore, said the state government “is determined to ensure that people who acquired properties were protected from activities of land grabbers.”

But the state government had started creating awareness among different interests, royal lineages, land-holding families, traditional rulers and individuals, on the provisions of the law. As the Special Adviser on Civic Engagement, Mr. Kehinde Joseph said, a number of public fora had been organised already on the provisions and significance of the anti-land grabbing legislation.

Across the state, Joseph explained how the Ambode had been creating awareness about the new regime. So, according to him, the regime is not about stick alone. A window has been created for public enlightenment and mediation where required. Apparently, he said, Ambode will not take any decision without gainfully engaging all interests and stakeholders. He said this inclination was in line with Ambode’s proclamation to run a government of inclusion at all levels

Joseph thus explained what the situation was prior to the advent of the Lagos State Property Protection Law on August 15, 2016. Before the new regime, he said, acquiring property in the state was a nightmare, especially from individual to individual. Likewise, he added, acquiring land from land holding families, communities and royal lineages was fraught with fear and uncertainty.

He said people could not guarantee safety of their properties. In the same space, he explained, forceful takeover and fraudulent conduct became rife in different parts of the state. Aside, the special adviser noted that land grabbing became a syndrome,” which according to him, the Ambode administration had put in place diverse institutional measures to resolve.

Across all local councils, the special adviser cited how many communities were ransacked and property wantonly destroyed. He, also, lamented an unprecedented rate at which land grabbers were invading parcels of land acquired by the state government in the overriding interest of the public. Often, he said, land grabbers trespassed with impunity and against public interest.

By implication, Joseph said, a lot of people lost their lives as a result of this brigandage. Likewise, he explained that people were denied access “to the property they purchased with their hard-earned money. For these reasons, the Ambode administration came up with the State Properties Protection Law,” which he said, had started checkmating the unlawful activities of land grabbers.

Conscious of the need for effective enforcement, the special adviser said the Ambode administration “has set up a Special Task Force on Land Grabbers,” which he said, was designed “to incisively deal with individual or groups of individuals that might be on the wrong side of the law. As citizens, it is our civic responsibility to obey the law as ignorance of the law is no excuse.

“The state government will not hesitate to wield the big stick against any person, however highly placed in the state, who violates the law. Such individuals or groups of individuals are undesirable in our communities. Our people deserve to live peacefully and enjoy their property. Anything short of this is not acceptable to the Government of Lagos State,” the special adviser said.

Apparently, the law does not only recommend dethronement of traditional rulers and local chiefs, who may run foul of it. It equally recommends different sanctions, which range from three-month jail term to ten-year jail term, which Ambode said, he was committed “to fully enforce irrespective of who breached the legislation. We are committed to promoting the rule of law.

Without mincing words, failure to observe the new regime will attract grave consequence, says the attorney-general. So, he warned, no individual, family or community should treat the new regime with levity and triviality. He said the state government would enforce the law against any individual or group of individuals found wanting of the law no matter how highly placed in the state.

Kazeem, therefore, made a very critical observation about land grabbers, some of whom he said, were being sponsored by highly placed individuals across the state, mainly traditional rulers. Irrespective of their social status in the state, the attorney-general said, any person that breach the law or engage in illegal activities in any parts of the state would face the full wrath of the law.

He, thus, explained the core objective of the State he Property Protection Law, which according to him, sought to reduce to the barest minimum the activities of persons or corporate entities using intimidation “to dispossess or prevent any person or entity from acquiring legitimate interest and possession of property acquired through state government or private transactions.”

For this purpose, the attorney-general said Ambode specifically set up the Special Task Force on Land Grabbers to ensure enforcement of the State Government and Private property Rights in the state and ensure proper coordination of the efforts of the various agencies of the state government charged with enforcing the state government’s rights overland in Lagos.

He disclosed different punitive measures, which he said, would be awarded against any person prosecuted and convicted of land grabbing. He cited Section 2(1), which states that as from the commencement of the law, no one shall use force or self-help to take over any landed property or engage in any act inconsistent with the proprietary right of the owner in the State.

Pursuant to section 2(1), also, Kazeem cited section 2(2) of the law, which specifically states that any person or persons who have used force “to take over the properties of others and still do so after 3 months from the date of commencement of the law commit an offence. Anyone who commits such offence is liable to 10 years imprisonment.”

For those use threat or violence, the attorney-general said anyone without lawful authority who applies threats or violence “to secure entry into any landed property for personal use commits an offence. Regardless of if the entry is lawful, it does not give a right to use threats or violence and anyone who commits the offence shall be liable to 10 years imprisonment.

As enshrined in section 3(4) of the law, the attorney-general said any person or groups of persons who resort “to the use of fire arms or offensive weapons or is in any way armed or wounds any person while committing the act of forced entry is liable to four years of imprisonment.” He, therefore, said the state government “is committed to unalloyed enforcement of the law.”

Already, the law has created a relative order statewide, says Mr. Oyebanji Abuloye, a public notary with interest in land matters. However, he argued, it is not just about its enactment. Rather, he said Ambode’s administration had transited its enactment to full enforcement, which according to him, was evident in the number of land-grabbing cases currently being prosecuted in courts.

So, he believed, there is much relief in the trench already. But Abuloye wants the state government to work with the police. He cited different cases he had handled in the state recently and land grabbers worked hand-in-hand with the police to carry out nefarious activities. While he endorsed Ambode’s anti-land grabbing initiative, he sought strategies to contain excess of the police.

Just after Ambode signed the law, Mr. Dele Oloke, Chairman of the Nigerian Bar Association (NBA), Ikeja Branch, endorsed the anti-land grabbing initiative, which he said, had started curbing the illegal activities of land grabbers and their sponsors. Sad enough, he said the sponsors of land grabbers are sometimes respectable persons in the society and often circumvent the law.

Oloke, thus, believed the law had already reduced “to barest minimum the activities of persons or corporate entities who use force and intimidation to dispossess or prevent any person or entity from acquiring legitimate interest and possession of property acquired through state government or private transactions.” If enforcement is sustained, he said, there is an end in sight to land grabbing.