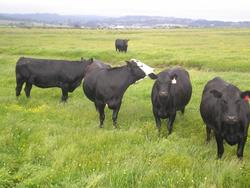 Juicero raises $120 million; reporters discover you can “juice” their product without the help of the $400 machine. Hampton Creek raises $220 million; board members bolt after a series of scandals. Blue Apron raises $200 million; its IPO performs terribly.

But behind this high-profile obsession with the Next Big Thing, a number of impact investors are also raising capital for other types of food and agriculture projects that they believe have the potential to fix a broken food system.

“There’s total momentum right now around people rethinking about how their money is being put to work,” says Kate Danaher, the senior manager of social enterprise lending and integrated capital at RSF Social Finance. “Impact investing as a whole is growing very quickly, and my guess is that if you polled everyone interested, the most popular sector is sustainable food and ag.”

In fact, according to the Global Impact Investing Network’s most recent survey, 63 percent of impact investors said they were putting their dollars into food and agriculture, and impact investment in the sector has grown at an annual rate of 32.5 percent since 2013.

Those in the space say capital is what sustainable agriculture needs in order to scale up. But critics warn that the money comes with risks, when the priority is ROI and corporate ownership of farmland becomes the norm. “Agriculture is a whole culture of how to work with the earth,” says Anuradha Mittal, executive director of the Oakland Institute, which looks critically at land and agriculture investments around the globe. “When it’s driven by profit, it can be very dangerous.”

The Impact of Investment in Sustainable Ag

“The biggest bottleneck in a good food system is not entrepreneurs, it’s access to capital,” says Eric Kessler, the founder of Arabella Advisors, a company that focuses on impact investing and philanthropy, with the food system as one of its three primary areas of focus.

When he created Arabella 12 years ago, Kessler says no one was even using the term “impact investing.” Over the last decade it has become a buzzword, however, and financial services companies are now applying many different models to all different segments of the food system.

In May, the Croatan Institute published the most comprehensive report on the sector to date. The 40-page Impact Investing in Sustainable Food and Agriculture Across Asset Classes is packed with examples of how “conventional asset classes such as cash, fixed income, and public equity” and “alternatives such as private equity, venture capital, and real assets” are poised to make a positive impact in the space.

Just like in traditional investment, financial services organizations take varied approaches, from loans to public equity to funds that make direct investments in farmland, and apply a hands-on approach to how money is managed. One common approach is setting up program-related investments (PRIs), which allow private foundations to invest in mission-aligned projects that generate returns.

RSF, for one, takes the money it raises from investors and applies a multilayered approach it calls “integrated capital” to projects that may not be good fits in the traditional investment model. For example, a recent $600,000 investment in a farmer co-op expanding pasture-raised livestock in Arkansas included two different types of loans and was structured in a way that worked for the farmers. “They didn’t have to start paying it back until the animals had grown, and they started selling them,” Danaher explains. “We look at how it’s going to work and structuring the loan to that need.”

RSF has also been very involved in funding food hubs, which have been built around the country in recent years to connect farmers to markets and increase food access in underserved communities. But these hubs have often had trouble staying financially solvent. RSF provided financing to Pennsylvania-based Common Market to build infrastructure and expand the model to Atlanta. Although they wouldn’t have been able to get a bank loan at the time they approached RSF, Danaher says, “Today, they’re stable and profitable and are taking their model to other regions.”

Some investors, such as SLM Partners co-founder and managing partner Paul McMahon, are making a case that while protecting the environment and bringing healthier food to more people is his company’s mission, it’s also a sound financial decision. Regenerative agriculture, he argues, is simply a better investment than its conventional counterpart.

SLM buys land and then partners with organizations and farmers to convert that land to regenerative farming systems that are USDA-certified organic and follow Allan Savory’s Holistic Planned Grazing approach. The model seeks to produce organic grains and grass-fed beef on the same land while minimizing environmental impact through strategies like rotational grazing and cover crops.

In 2012, SLM raised an Australian grass-fed beef capital fund and deployed about $80 million to buy about a million acres of land. Since then, they’ve been building the infrastructure and training farmers, with an eye toward revitalizing depleted soil. While it’s too soon to report returns on the fund, McMahon explains the system will give farmers access to premium markets, reduce costs of fertilizers and pesticides, and create soil that will be more resilient in a changing climate.

“So you’re able to get a higher price, grow as much or more, and reduce your costs, while taking out some of the volatility,” he says. Sustainable farming has always been a good long-term investment, but because the systems take a lot more capital and time up front, it has traditionally been very difficult for individual producers to get these types of efforts off the ground on their own.

SLM is now working on a fund that will focus on regenerative, organic corn and soybean production in the U.S., where they are in high demand and short supply. Organic farmers here are up against cheap imports and often face cost barriers to transitioning their land to organic, which the fund would address by paying for the up-front costs with an eye towards returns.

This type of up-front investment is where impact investing is taking off and it’s also the most controversial. The Croatan Institute report identified several others working on similar models in the U.S. For instance, Illinois-based Iroquois Valley Farms owned or financed over 5,000 acres that were certified organic or undergoing the transition to certification at the end of 2016. And when the report came out, Farmland LP, which had also converted over 1,800 acres, was in the process of transitioning another 3,000, and raising capital for another $150 million farmland real estate investment trust in order to expand its strategy.

Eric Kessler at Arabella says financing organic farmland conversion is an area he is also “looking at pretty carefully.”

But critics say corporate ownership of farmland prioritizes profits for those outside of agriculture while running the risk of locking farmers into low-wage contracts and making land less accessible to new and beginning farmers. The Oakland Institute detailed some of these issues in a report that came out in 2014. “We cannot lose sight of the fact that over the next decade or so, more than half of the country’s farmland will change hands,” Mittal told Civil Eats. “That’s a political and philosophical question that needs to be looked at with real seriousness.”

However, most of the investment companies buying up land say they’re buying it from producers who used industrial models that polluted the environment and degraded soil—land that farmers were already leasing. And some investors express an interest in giving farmers the option to own the land over time. For instance, while McMahon won’t share exact details, since SLM is still in development, he says their model will involve “partnership agreements where we share risk and profits” with farmers.

“We want to partner with progressive farmers, help them grow their operations and income, and put them in a position where they have the financial resources to acquire land, if they so choose,” he says.

There has already been an increase in the separation of land ownership and farm operations in the U.S., he argues, and SLM is buying land from absentee landlords, not farmers. “In terms of impacts on prices, institutional investment in farmland still only represents a few percent of the market,” McMahon says. In Iowa, for instance, where corporate acquisition of land is restricted, land prices are just as high or higher than in Illinois, where it’s not restricted.

Growing Funds for the Future

As these projects pick up steam, companies are also working to expand the field of impact investing and attract more investors.

RSF launched a fellowship program this year to train more finance professionals in its integrated capital approach to impact investing, and nearly 70 people applied. And at Arabella, Kessler just created an investment club called Good Food Ventures, which is meant to be an on-ramp for new investors in sustainable food. “Fifteen individual investors share the cost of deal-sourcing and due diligence on the hottest investment opportunities in the good-food supply chain,” he explains. “We’re sourcing deals in sustainable ag, food waste, food access.”

This is important because Kessler says many investors don’t initially know how to make an impact; they only know that they want to. “No one is coming to us and saying, ‘Find me the next cereal bar,’” he says. “They’re saying, ‘Let’s transform the food system. How do we do that?’”

Rather than investing in the next big thing, that often means helping existing family farmers stay on the land. Take Hawthorne Valley Farm, a 900-acre biodynamic, diversified operation in upstate New York that grows vegetables and grains while raising dairy cows and livestock. For added value, it operates its own bakery, creamery, and kraut cellar.

If it weren’t for RSF, Hawthorne would have gone bankrupt long ago. RSF saved it from a financial crisis in the 1980s, and more recently provided loans that totaled $1.5 million for the farm to expand its kraut operation.

“They’re certainly bringing the financial capital to the table, and they bring so much more in their thought leadership,” said Hawthorne Valley executive director Martin Ping. “Which is going to make it possible for some real shifts to happen.”