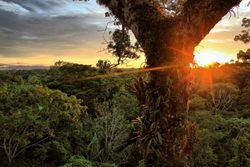 While we’ve reported on some recent MST protests, we haven’t really addressed the bill at the centre of recent controversies. MP759 is a bill presented to the Brazilian federal Congress by the federal Executive branch in December 2016 and signed into law by President Michel Temer in July.

Brazilian economist Luiza Dulci says the bill opens the door to the “gentrification of rural spaces” and weakens rural social movements by “subjecting [them] to very strong pressures from local agrarian oligarchs, the historical opponents of agrarian reform”. The bill attempts to undo, continues Dulci, the agrarian reform system that has been gradually and painstakingly built through more than half a century of social struggle (e.g. 1964 Land Statute, 1979 urban lotification bill, 1988 constitution, 1993 Agrarian Law, 2001 Urban Statute, 2009 Terra Legal programme, etc.). See here for full article by Dulci (in Portuguese).

Sue Branford and Maurício Torres over at IntercontinentalCry argue that MP759 also jeopardises major advances made by Brazil’s indigenous peoples’, who have in recent years been formalising their claims on ancestral territory. The process is however slow and far from over. Where inidgenous claims haven’t yet been formalised, the new law opens for possibility for competing claims to be made on Amazonian lands by grileiros. See full article here.

The bill was passed without much public attention. It was signed into law on the very same day that all national attention was drawn to the conclusion of former president Lula’s corruption trial. In another article, Brandord and Torres argue that “MP 759 is just the latest in a series of retrogressive measures that are being pushed rapidly through Congress by the bancada ruralista rural caucus that are undoing the environmental and social advances made by Brazil since the return to civilian rule in 1985.” See full article here.

The bancada ruralista represents the agrarian oligarchy that still wields enormous social prestige, economic weight, and political power in certain regions of Brazil. Michel Temer and his government, recall, were brought to power by a parliamentary coup against the elected Dilma Rousseff of the Workers’ Party. Rousseff was deposed on grounds of corruption, though the congresspeople who led the coup, as well as Temer himself, were also being investigated for corruption by a probe launched by Rousseff.