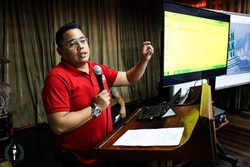 A militant lawmaker from Davao City is seeking an end to all agribusiness venture agreements or AVAs which he said is used to legitimize land grabbing among farmers.

He said they just ​had ​their initial committee deliberations today regarding the House Resolution 919 which Anakpawis filed a few months ago.

“On​-​site hearing in Visayas and Mindanao will be scheduled,” he said.

Anakpawis, along with the members of the Makabayan bloc, filed HR 919 last April 5, 2017 to call on the committee on agrarian reform “to conduct an investigation on the impact of agribusiness venture agreements (AVAs) in light of the mounting demand of agrarian reform beneficiaries, farmers, and agriculture workers for its revocation.”

The Department of Agrarian Reform has recorded 433 existing AVA contracts covering some 57,000 hectares. Casilao said ​many of ​them were in Mindanao lands.

Casilao said as of 2013 government data shows th​at “around 1.2 million hectares of land located all over the country are under AVAs”.

​T​hese include sugar bloc​k​ farming, leaseback contracts and various types of AVAs “now being peddled to the supposed beneficiaries in Hacienda Luisita and Negros along with sham land distribution and continued repression especially under the Aquino regime.”

Casilao said: “These schemes practically legitimize massive land grabbing and unjust labor practices like contractualization, labor-only contracting, union-busting, and pressing down of wages, among others, that either maintain or worsen the impoverished conditions of agricultural workers.”

Citing data from the National Federation of Sugar Workers (NFSW), Casilao said there are 1,905 SDO beneficiaries who still live like typical hacienda workers with similar situation in any other plantation.

“The dividend received by the Farm Worker Beneficiaries (FWB’s) range from P340 to P500 annually as their share in the Capital Stock under the scheme. The so-called Corporative Scheme on the other hand exists only in Negros and are all owned by Eduardo “Danding” Cojuangco. In the AVA inventory it is categorized as a Joint Venture Agreement (JVA) and encompasses 4,654.050 hectares; the haciendas under this scheme remain untouched,” Casilao said.

In Davao region, Casilao said the case of the Madaum Agrarian Reform Beneficiaries Inc. or MARBAI in Davao Del Norte is a clear example of the effect of AVA to farmers.

“The agrarian reform beneficiaries were duped by Lapanday Food Corp., which is owned by former Agriculture Secretary, Cito Lorenzo in an onerous contract under AVA’s. The said contract, denied ARB’s not only just salary, but denied of land rights when they decided to get out of the said agreement,” he said.