Land issues, if not addressed, will lead to conflict – ALLAT 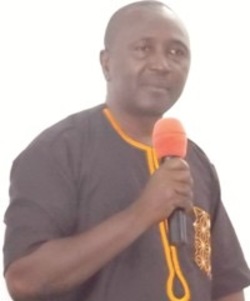 Land issues, if not addressed, will lead to conflict – ALLAT


By Betty Milton
Action for Large Scale land Acquisition Transparency (ALLAT), an NGO working in the land sector has called on government to take issues of land seriously so as to avoid possible conflict.
The Coordinator for ALLAT, Abdulai Bun Wai, disclosed that over 80% of rural Sierra Leoneans depend on land for their livelihood. “It provides succour for very many of the constituents. These people and their livelihood have been challenged at the moment because we do not have an active land policy and land law”.
He said over the years, there has been a mad rush into large scale land acquisition for agriculture and mineral investment. This has created so many challenges for ordinary people whose livelihoods depend on land”.

Wai said, they have been following issues of land process since 2013. He is not surprised that “MPs don’t have much understanding of the newly released National Land Policy, as well as the Voluntary Guidelines on the Responsible Governance of Tenure of Land, Fisheries and (VGGT) as these documents were not tabled in Parliament”.

The ALLAT Coordinator, said, “The current situation in the land sector is nothing to write home about. The CSO sees the land sector as chaotic to say the least as there are too many players within the sector that are not talking to themselves”.

Adding that, each of the players; Lands Fisheries and Agriculture ministries “everybody is involve in doing something with lands and nobody speaks to the other person. You will expect a conflict in situations like this and that is what I call choice”.

He maintained, “these challenges have resulted into lot of land conflict in the country. There are too many land conflicts across and if we do not address this situation now we might end up in bigger conflicts, which will undermine our development and all the gains we made over the years”.

Abdulai Bun Wai went on to explained, “for Sierra Leone, land is the most important factor going forward in the next five years, so if we do not take the issue of land seriously, the development of the country will suffer greatly.