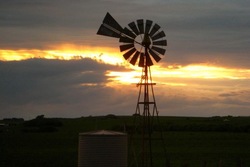 Super funds call for tougher rules for foreign investment in agriculture
By business reporter Sue Lannin
Industry superannuation funds have called for tougher foreign investment rules around Australian agriculture as they seek to ramp up their investment in the sector.
Industry Super Australia, which represents not-for-profit industry funds, said quality Australian farming assets were being cherry-picked by foreign investors.
Chief economist Stephen Anthony has called for a government register of foreign investment in Australian farm land.
"The first thing we want Treasury [to do] is to just keep a time series of agricultural land and to keep tabs on who owns what, with the assistance of the Australian Taxation Office," Dr Anthony said.
"We want to be very clear about what the crown jewel strategic assets are in agriculture, and we want to make sure they are off limits to foreigners."
Offshore money should go to new developments
However, Dr Anthony noted that Industry Super Australia was not opposed to foreign investment, but wanted to see more offshore money going into new developments.
"We also want to encourage foreign investment in greenfield activities such as, for example, northern development," he said.
"What we are calling for here is a really strategic approach.
"It's not anti-foreign investment, but what it's about is making sure we know what the best assets are."
Farms need to become more investment-ready
Industry Super Australia wants to encourage industry super funds to increase their investment in agriculture.
The sector currently has investments worth $1.6 billion in the Australian agricultural industry.
Dr Anthony said Australian farms and agriculture companies needed to become more investment-ready so investors could undertake proper due diligence.
He said an independent survey of farm performance and infrastructure audits was needed to measure rates of return across crop and livestock producers.
The former Treasury and Department of Finance official said government data could be drawn upon to provide independent assessments of the commercial value of the agricultural industry.
Dr Anthony also called for the establishment of a regional development bank to advise rural producers and provide long-term finance.