Land and the right to food in Zambia: U.N. envoy urges shifts away from large-scale projects 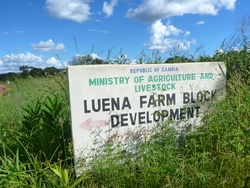 While the Zambian government develops 250,000-acre “Farm Blocks” to attract large-scale investors, the majority of small-scale farmers have seen their land access shrink as customary lands are divided among heirs through the generations.
Food Tank | 19 May 2017