TIAA tied to deforestation and displacement of farmers, environmentalists claim in new report 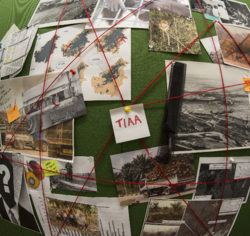 
TIAA tied to deforestation and displacement of farmers, environmentalists claim in new report
Posted May. 10, 2017 / Posted by: Erin Jensen
WASHINGTON D.C. – According to a report released today by leading environmental and social justice advocates, the investment management firm TIAA is leading a trend of speculating in land markets, which drives up farmland prices and displaces family farmers. TIAA also has significant holdings in Southeast Asian palm oil companies known for ravaging tropical forests, abusing workers and indigenous peoples, and driving species to the brink of extinction, the report reveals.
The report, “Invested in Exploitation? TIAA’s Ties to Land Grabbing and Deforestation,” was released today by Friends of the Earth, ActionAid USA, the Brazilian Rede Social de Justiça e Direitos Humanos (Network for Social Justice and Human Rights), and Inclusive Development International.
"By creating a large fund to operate in land markets, TIAA drives speculation and human rights violations,” said Maria Luisa Mendonça of Rede Social de Justiça e Direitos Humanos. “In Brazil, TIAA is promoting the expansion of mono-cropping of commodities, causing environmental destruction, loss of biodiversity, contamination of water sources and displacement of rural communities in the Cerrado (Brazilian savanna)."
“TIAA is among a number of institutional investors that collectively hold billions of dollars in companies that drive tropical deforestation and land grabbing,” said Jeff Conant, Senior International Forests Campaigner with Friends of the Earth. “TIAA has said it merely holds these securities through indexed funds that track the whole market – but the links are clear. Deforestation is a major driver of climate destruction, and we’d like to see TIAA stop being part of the problem, and become part of the solution.”
The report exposes TIAA’s direct and indirect holdings in large Indonesian, Malaysian, and Singaporean companies with documented records of destroying tropical rainforests in order to expand their plantations of palm oil, the most widely traded vegetable oil in the world. The report also reveals TIAA’s role in land purchases in Brazil by its subsidiary TIAA-CREF Global Agriculture LLC (TCGA), which has been undertaken through complex corporate structures that shield the company from responsibility for social and environmental impacts, such as deforestation and displacement of rural communities. TIAA’s foreign subsidiary is a joint venture with COSAN, Brazil’s largest sugar producer, and is driving the expansion of large-scale mono-cropping of commodities such as soy in the Cerrado, one of Brazil’s most fragile and threatened ecosystems.
Both palm oil and soy are leading drivers of land conversion across the tropics, causing massive deforestation and often undermining local land rights and livelihoods. Some large consumer brands and agro-commodity traders have begun to recognize and address the environmental devastation wrought by palm oil and soy production, but TIAA and other institutional investors lack robust policies that could prevent exposure to destructive agri-business practices.
“Not only is TIAA a pensions giant, it’s one of the largest investors in farmland here in the United States and around the world. But the land it’s buying in Brazil has been snatched from local farmers using violence and intimidation,” said Tristan Quinn-Thibodeau from ActionAid USA. “TIAA claims to be a socially responsible company, but the way it invests its customers’ money tells a different story.”
Among the securities that TIAA makes available to its pensioners are shares in Felda Global Ventures, (a Malaysian firm recently exposed for massive illegal deforestation operations), KLK (a company with a long history of labor abuse) and IOI Corporation, which has come under fire for multiple environmental and legal violations.
The report also reveals that TIAA holds several hundred millions dollars in mining and energy companies involved in forced displacement of communities and other human rights violations.
“I'm sure that TIAA's members would be appalled to learn that their retirements are being secured at the expense of some the most vulnerable communities in the world,” said David Pred, Managing Director of Inclusive Development International. “It’s time for TIAA to adopt a policy of zero tolerance for land grabbing in its investments so that its members can rest assured that their pensions are clean.”
Last month the organizations behind the report joined a coalition of food justice and family farm advocates and faculty unions to deliver over 100,000 petition signatures to TIAA’s Manhattan offices in a colorful stunt involving a prop bulldozer and a giant orangutan, to demonstrate the impacts of the firm’s investments. Dozens more TIAA clients delivered petitions to local TIAA offices in several cities across the country. The petitioners included 15,000 TIAA members, faculty from 150 universities, and members of unions such as the American Federation of Teachers and National Nurses United. They are demanding that TIAA disclose the exact locations and production methods of its farms, and put in place policies to help curb deforestation and land rights abuses by companies that produce palm oil and other commodity crops.