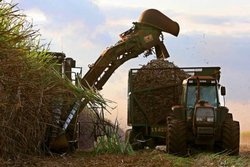 Adecoagro mulls sugar takeovers - and rice, dairy, meat investments
Adecoagro revealed that executives had been "travelling all around" southern Brazil investigating potential sugar acquisitions, and was mulling growth in the likes of rice, dairy and beef, after slashing its debts in a "milestone" year.
Mariano Bosch, chief executive of the South American farm operator - of which George Soros's Soros Fund Management is a major shareholder - said that it had been looking at "many, many mills that are for sale in Brazil" with a view to expanding a sugar and ethanol division which had become Adecagro's "most important".
"We've been traveling all around the southern areas," Mr Bosch told investors, in answer to a question of whether Adecagro was interested in Brazilian cane processors said to be on the market.
However, he added that "we are only interested in the ones where we really believe we can be the low cost producers or within the low cost producers", stressing too the need for potential acquisitions to have easy access to cane to crush.
"For us, one of the key things on understanding this business is the sugarcane availability. "We've seen many mills for sale where that was a problem."
'Generating opportunities'
Adecoagro - which has also unveiled plans for expanding its existing Brazilian cane crushing capacity by 3.0m tonnes to 13.0m tonnes, to ease "bottlenecks" - is considering investing in Argentina too, most likely for developing operations in sectors in which it already operates.
"All the changes" in Argentine agriculture brought in by the government of Mauricio Macri, elected in late in 2015, are "generating some opportunities", Mr Bosch said.
"The main things we are looking at in Argentina… is on the rice business where we see opportunities to continue growing with the same business where we are," and which currently grows the grain on some 40,000 hectares.
In dairy too, "we see opportunities to continue growing there" after a 2016 in which Adecoagro achieved "very interesting returns" in what was a "very difficult year" for the sector in Argentina.
Move into meat?
Expansion into meat too was also being considered, although Mr Bosch said that such a move would require confidence "that from Argentina we can be a low-cost producer for the whole world, not only for the domestic market in Argentina
"In terms of poultry or beef or those types of businesses are things that are within the scope, but we need to find our competitive advantage."
While a move into "transforming vegetable proteins into animal proteins" was "something that makes sense for us, "there are a lot of things that have to be clear for us in order to invest or to deploy capital in something new and different", he told investors, flagging a higher hurdle for returns on investment.
"We need to have clarity that we are going to obtain above 20% returns."
'Milestone year'
The comments followed the release of the group of results showing that the group had achieved $84.9m in free cash flow in 2016, which it termed a "milestone year for Adecoagro", in showing benefits of "eight years of large investments".
"We are getting to the place where we really feel comfortable" on the strength of the group's balance sheet, Mr Bosch said.
The group's net debt, as a multiple of earnings before interest, taxation, depreciation and amortisation (ebitda) fell to 1.6 times as of the end of last year, from 2.4 times a year before, on Itau BBA calculations.