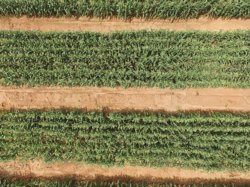 AgDevCo and CDC invest US$11.5m in Jacoma Estates Group to expand its Malawian farming operations
A new US$11.5m investment in Jacoma Estates has been announced today by CDC, the UK's development finance institution, and AgDevCo, a social impact investor targeting sub-Saharan Africa. The new financing - US$8m of equity from CDC, and US$3.5m from AgDevCo structured as debt and preference shares - will help Jacoma expand its farming operations at its Tropha Estates in Northern Malawi, where it produces high value macadamia nuts, chilli and paprika. The funding will also provide up to 100 hectares of year-round irrigation to local smallholder farmers, extend existing outgrower schemes and further strengthen the company's impact in neighbouring communities.
AgDevCo first provided a $2.0 million loan Tropha Estates in 2014, which alongside equity from the founding shareholders, enabled the company to install irrigation, plant an additional 370 hectares of macadamia trees and build an on-farm macadamia processing factory, which is nearing completion.

In a country where farmers face significant challenges from climate change, lack of access to international markets and low-quality yields, the new investment will enable a further 1000 local farmers to reach export markets and benefit from a company scheme that provides yield-boosting seedlings and other agricultural inputs.
The new financing for Jacoma, which follows a recent US$0.5m investment from the African Agriculture Capital Fund, is expected to create at least 350 new jobs and bring about climate-smart agricultural practices that allow local smallholders to manage resources better and protect themselves from extreme climate change.

Duncan McDavid, CEO of Jacoma, said: "Malawi is a high-quality macadamia nut producer. With investment in irrigation and processing we can help the country further build a globally competitive macadamia industry. Smallholders can play an important role in the value chain. This will in turn give their families a reliable source of income."

Chris Isaac, AgDevCo's Investment Director covering Malawi, said: "Jacoma is a good example of the benefits a socially-responsible agribusiness can deliver to local communities. We are particularly pleased that irrigation will be extended to smallholder farmers in an area prone to drought."

Tropha has also established a successful outgrower scheme for chillies and paprika which engages with over 4,000 smallholder farmers. With a separate working capital loan from AgDevCo of $450,000, the company provided seeds and training to farmers and purchased 540 tonnes of their produce over the past three years, injecting more than $900,000 into the local community. The chillies and paprika were sold to international clients in South Africa and Europe.

With grant support from AgDevCo's Smallholder Development Unit, which is backed by the MasterCard Foundation, Tropha is expanding the outgrower programme to include macadamia. The company is already enrolling and training farmers and will distribute over 50,000 seedlings (which have been grown on the farm in a high quality nursery) during 2017.

CDC's investment will be accompanied by an additional technical assistance grant that will help Jacoma have greater development impact to become a model for sustainable agriculture and social management. The grant will initially support the company to strengthen its environmental and social practices, helping it reach international standards designed to support smallholders, including climate smart agriculture and efficient irrigation infrastructure that helps improve yields and enhance resilience.
ABOUT AGDEVCO
AgDevCo is a social impact investor incorporated in the UK. With financial backing from the UK's Department of International Development (DFID), AgDevCo invests patient capital in the form of debt and equity into early-stage agribusinesses in sub-Saharan Africa. AgDevCo's mission is to reduce poverty and improve food security. AgDevCo has invested over USD90 million in 55 agribusinesses to date, connecting 160,000 farmers to markets and supporting c.4,500 jobs. In Malawi, AgDevCo has investments in sugarcane, groundnuts, macadamias and chillies. AgDevCo plans to invest a further USD 12 million in Malawi over the next three years.