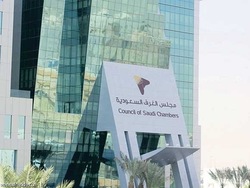 Khartoum provides Saudi investors new guarantees
by Fahd Baqmi
Jeddah- Council of Saudi Chambers is discussing forming a delegation of its councils and the business sector to tackle the potential agricultural and food security investments – this coincides with Khartoum hosting the third Arab Conference to be held by Arab Authority for Agricultural Investment Development (AAID).
“Our Food .Our Responsibility” will be the theme under which AAID will hold on 27-28 February the third Arab Conference, with the patronage of President of Sudan Omar al-Bashir. According to the authority, organizing the conference launches from its vision to reinforce Arab food security.
The conference will host an elite group of senior officials from Arab countries, businessmen and investors in the agricultural sector, international and Arab organizations, representatives of farmers and economists unions and other researchers in the agricultural sector.
The conference aims to highlight the significance of creating an attractive investment climate to increase agricultural investment in Arab countries, particularly those rich in agricultural resources.
The conference will be held in Sudan given the country’s promising investments in agriculture sector and its compliance to al-Bashir Food Security Initiative.
Saudi Arabia is considered the biggest Arab investor in Sudan and is expected to increase its investments to around USD15 billion in the current year – there are 196 Saudis investing in the agricultural sector in Sudan and they basically focus on wheat, corn and feed.
Sudan, for its part, represents a high importance to Saudi Arabia due to its strategic location and for possessing natural resources. Days earlier, it has been announced that Sudan allocated a one-million acre land for Saudi businessmen.
Most recent statistics reveal that food consumption reached 29 million tons in 2014 and is expected to grow with a compound annual growth rate of 4.5% by 2019.