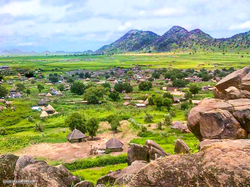 ‘Laws legalised land grabbing in Sudan’: Democracy First Group
The Sudanese Government continues to grant new long-term leases over community lands to investors without consulting local populations or obtaining their consent, says the Sudan Democracy First Group (SDFG).
Sudan is among the global ‘hotspots’ for large-scale land acquisitions. According to a 2014 study by the World Bank, Sudan transferred nearly four million hectares of land to foreign private investors between 2004-2013, more than any other country surveyed. As such, Sudan has established itself as number two in the region, second to Saudi Arabia, in attracting foreign direct investment.
In its September report, Land Use, Ownership and Allocation in Sudan, SDFG tackles the legal expropriation of unregistered lands, “which account for 90 per cent of all land in the country”, and the scope and scale of corruption concerning land use and ownership.
Based on case studies, researcher Dr Mohyeldeen Taha describes how rural Sudanese suffer from the privatisation and the commercialisation of land rights in South Kordofan and the Blue Nile, the Northern and River Nile states, and in eastern Sudan.
“Though the 2005 Comprehensive Peace Agreement [between Khartoum and the southern Sudanese rebel Sudan People’s Liberation Movement (SPLM)] required the development of laws to incorporate customary laws and local heritage practices, the Government of Sudan continues to issue new long-term leases over community lands to commercial interests (both national and international) and well-connected individuals without consulting local populations or obtaining their consent,” he states.
As a result, smallholders and pastoralists have been evicted from their land and pastures, and lost their access to natural resources in favour of private investors, land speculators, military personnel and elites. They did not receive any form of compensation.
Khartoum has relied on formal law –the Unregistered Land Act of 1970 and the Civil Transaction Act of 1984– to designate all unregistered land as state land.
Unregistered Land Act
Khartoum has relied on formal law –the Unregistered Land Act of 1970 and the Civil Transaction Act of 1984– to designate all unregistered land as state land. The 1970 Act further legitimises expropriation by expressly authorising the eviction of occupants on unregistered lands, through the use of reasonable force if necessary.
Land seizures have been most common in the southern and eastern regions, according to the report. “The state has seized land and leased it out to private entities for development of large mechanized farming operations. The government has further used gunships and helicopters to clear people from villages to secure land for the development of oil fields.”
To prevent protests, three measures were put into place. “The Unregistered Land Act gave the authorities the right to use force in safeguarding land designated as government land.
“Secondly, it was virtually concurrent with the abolition of the Traditional Administration, which had acted as an important institution for regulating land and managing inevitable land-related conflicts.
“Thirdly, it also enabled the government to implement a development policy based on the expansion of mechanized farming, and oil exploration, production and transportation by allocating vast tracts of land to private investors (both local and foreign) at the expense of rural communities' traditional land rights.”
Corruption
Taha further points to the larger-scale investments, agricultural development corridors, and their supply chains that thrive on corruption. “Key corruption risks are the impunity of political elites in securing favourable land allocations, leading to their capture of international land deals; associated kickbacks; profits from commercial land development; the use of land for political patronage, and the power imbalance between actors profiting from corruption and those suffering its effects.”
SDFG launched the Sudan Transparency Initiative (STI) Project in March 2015 “to investigate, analyse, document and disseminate credible and reliable information about the scope and scale of corruption and the lack of transparency in Sudan”.
Original source: Dabanga
TWITTER
FACEBOOK
WHATSAPP
PRINT
E-MAIL
TWITTER
FACEBOOK
WHATSAPP
E-MAIL