How to find the exit from agricultural investments 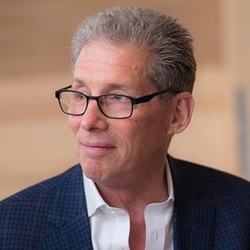 David Gray of Altima Partners
Agrimoney.com | 2 June 2016
How to find the exit from agricultural investments
David Gray, senior adviser at investment fund manager Altima Partners, talks to Agrimoney about how stakeholders in farming production companies can best hope to liquidate an unfashionable investment.
How do you make a successful exit from agri-investments, in a time of low liquidity, with challenging commodity market conditions affecting farming businesses?
Over the past 12 months, Altima Partners' David Gray has successfully completed exits from three agri-investments on three continents, returning capital to investors.
But exit strategies are not a subject Mr Gray would have expected to be giving advice on a decade ago.
He joined Altima Partners in 2005 after 25 years in investment banking and corporate finance, advising, raising capital for and restructuring companies globally across a range of industrial sectors.
In 2007, he became involved exclusively in originating and managing private equity investments in agriculture, in emerging and developed markets.
They were heady times – between 2006-09 in particular, investment into the agriculture sector surged, and indeed many pure production/farming businesses were formed or successfully listed on public stock exchanges in Europe, Brazil and even Australia.
Lucrative proposition
Buoyed by the 2050 thesis – which forecast billions of extra mouths to feed, increased disposable income, rising protein consumption – and the opportunities this presented, investors viewed agriculture production businesses as a lucrative proposition.
Commodity prices surged in 2007 and into 2008, "corporate farming" was born, IPOs were all the rage and the value of real assets (land) increased on the back of this.
The bulk of the money was invested in the first two years of this unprecedented land grab.
Commodity prices had begun to fall rapidly in mid-2008, and the great financial crisis hit soon after that. Market conditions deteriorated as a result.
Private market expectations fell slower than public stock prices, but by late 2009 or early 2010 it looked like the bottom had been hit.
"Within a few years, people realised pure production agriculture was not the business to be in," says Mr Gray.
"These business were too closely correlated to commodity price risk. There was no fundamental re-rating of values and when prices crashed, the whole thesis looked flawed."
Few exits
Traditional fund structures that assumed a three- to five-year hold were called into question. For investors seeking liquidity, there was no easy way out.
"There have been very few exits from production businesses," Mr Gray notes.
"The problem has been that business models have had to evolve to be attractive to a broader universe of buyers. Absent this, you could have less flexibility.
"Buyers want businesses that can generate sustainable returns over time. If you can deliver that you can increase competitive tension when you want to sell – the more you can create, the better the chance of a good price.
"You have to think very carefully about the exit strategy you can realistically adopt, which, if history is a guide, could look very different from what you predicted would happen at inception.
"Back in 2007 and 2008, everyone thought 'IPO'. Among producers, there has only been one successful listing since that time."
Rethink businesses
Latterly, exit strategy formulation has been his focus. "We have to rethink these business, adapt the business model and management structures to change the way they perform. We need to de-risk them, make them more resilient and stable by reducing their direct correlation to commodity prices."
This means getting involved in the supply chain, says Mr Gray. "Every business is different, and so too are the solutions. A seed business might be a sensible upstream investment.
"Downstream, it might be feasible to invest in infrastructure and producing finished goods. The business may remain primarily production focused, but it will have added value to attract more buyers."
Good management and record keeping are also key. "The bigger and more complicated a business appears to be, the more buyers will need to be satisfied everything is in order.
The right systems and controls need to be in place, as do consistent financial accounts reported under IFRS or other internationally recognised accounting principles."
Transaction structures
Location will also have a big effect. Of the three businesses he successfully exited for clients in the last year, one was in sub-Saharan Africa, which remains a difficult market due to the region's complex economic and political landscape, one in Europe, a mature market, and one in Australia, a country that still attracts a degree of investor enthusiasm.
For each investment, a different transaction structure was negotiated.
Added-value exit strategies may require much planning and management but can work for those prepared to put in the effort, he concludes.
"In a world where there are very few sector-specific financial investors, agriculture businesses compete for capital with numerous other companies in multiple sectors.
The wisdom of building good businesses remains very much the way forward."
David Gray will deliver his paper on structuring successful exits when liquidity is tough in the afternoon session on the first day of the Agrimoney Investment Forum.