Trigon Agri shares tumble, as it braces for 'year of challenges' 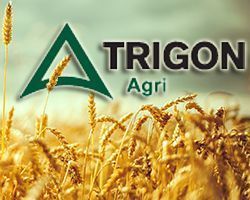 Trigon Agri shares tumble, as it braces for 'year of challenges'
Trigon Agri shares tumbled 11%, matching their record low, after the former Soviet Union farm operator unveiled a widening in losses and weakening in its balance sheet, and termed 2016 a "year of challenges".
Trigon Agri shares, which are listed in Stockholm, tumbled to SEK0.223 in early deals, before recovering some ground to stand at SKE0.2340 in mid-morning trading, a drop of 7.1% on the day.
The slide followed the release by the group -which has already this year seen a debt restructuring and the resignation of former chairman Joakim Helenius as chief executive - of results showing a widening of 7.9% to E8.97m in losses for the January-to-March quarter.
Trigon's balance sheet showed that the group's equity had turned to a negative E9.17m, from a positive E541,000 a year before, with its book value at a negative E0.07 per share, compared with a positive E0.48 a share a year ago.
'High leverage, losses and writedowns'
"Management is working closely with the board to address this situation, which is a consequence of high leverage, losses and writedowns," Trigon Agri said.
A partial debt-for-equity swap agreed with bondholders, which will see E6.0m of principal debt switched to E6.0m of convertible bonds, "will have a positive effect on the equity, by reducing the overall debt," the group added.
Nonetheless, Simon Broughton, who succeeded Mr Helenius as chief executive, cautioned over the hurdles faced by the group, as it continues a revamp, including asset sales, aimed at putting it "on a good footing", after a string of losses, including a E53.0m loss for 2015.
Mr Broughton - a former director for business development overseas at Velcourt, the UK-based farm investment group – said that "2016 will continue to be a year of challenges, as the management continues with the restructuring programme".
Crops recover
Trigon Agri has already this year sold a 10.7% holding in its Estonian dairy farming operation, cutting its stake to 39.2%, and meaning that results from the business are no longer consolidated into group earnings.
Mr Broughton cited this change as the main reason for the %8% slump to E3.29m to in group revenues for the quarter.
The expanded net loss, meanwhile, reflected a decision to take a E3.3m writedown on the value of the operations that Trigon Agri is selling in Rostov, Russia, even though the long-winded disposal process has not been completed yet.
Trigon Agri added that in Ukraine, where it plans to harvest 46,000 hectares this year, a mild winter and relatively early spring had "helped to mitigate the damage" to crops from a "prolonged autumn drought" which set back early development.
While heavy rains late this month had delayed the last 10% of spring sowings, they had "benefited all crops" in the ground, Mr Broughton said.