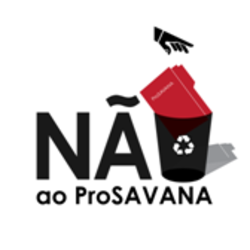 1. To produce and share relevant and accurate information about ProSavana and peasants’ rights;
2. To strengthen the grassroots work among communities affected by the Prosavana programme and land grabbing in general;
3. To urgently hold convergence and resistance meetings in the communities and administrative posts where the implementation of Prosavana is planned;
4. To reinforce the position and arguments of peasants in dialogues with the government about ProSavana and other investments;
5. To continue using our resistance techniques and tactics in the communities to fight against ProSavana;
6. To use all possible spaces to intensify the debate regarding the issue of ProSavana and land grabbing;
7. To strengthen the organisation, increase unity and further articulate the links between the peasant families and communities affected by ProSavana with organizations and social movements;
8. To share information and examples of mobilisation and resistance with communities in various provinces throughout the country;
9. To hold even more meetings of empowerment and popular education in the communities;
10.  The social movements and civil society organisations of the No to ProSavana Campaign must reach out to the people who still do not know what is happening;
While peasant families, communities and civil society organisations are united, we will continue in the fight against inequality and environmental, social, economic and political injustices; as well as in defence of human rights and the right to land and other natural resources (water, forests, seeds, air, etc).
It should be noted that the No to ProSavana Campaign’s meeting of convergence and resistance was organised by the organisations articulated in the No to ProSavana Campaign, namely, Academic Action for Community Development (Adecru); Women’s Forum/World March of Women; Justiça Ambienta/Friends of the Earth Mozambique, Mozambican League for Human Rights (LDH); Livaningo; and National Farmers’ Union (UNAC), with support from FIAN International.