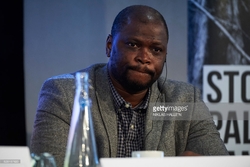 Ali Kaba, senior researcher at the Sustainable Development Institute in Monrovia, told the Thomson Reuters Foundation that residents of areas leased as concessions to foreign investors are often evicted without rights to compensation.
Reuters | 6 May 2016

Land rights at root of palm oil conflict in Liberia, campaigners say
By Matthew Ponsford
LONDON (Thomson Reuters Foundation) - The lack of tenure over ancestral lands lies at the root of violent clashes on land leased to foreign palm oil producers in Liberia, a leading researcher said.
The eruption of rioting on April 4 on a plantation in northeastern Liberia is the most recent case in more than a decade of conflict over land, with Liberians protesting against big palm oil developments operated by foreign producers.
Ali Kaba, senior researcher at the Sustainable Development Institute in Monrovia, told the Thomson Reuters Foundation that residents of areas leased as concessions to foreign investors are often evicted without rights to compensation.
"If you remove their ownership, you're making them strangers in their own country," Kaba said. "They have no other avenues of survival... you are making refugees of citizens."
According to research by the United States Agency for International Development, in Liberia, more than half the population lives on land held under customary tenure. This provides traditional rights to land but is not secured or recognized by legal title.
But Liberian government policy which would recognize customary tenure has yet to be passed into law. The arrival of foreign investors has fragmented communities that have lived off their lands for generations, said Kaba.
Following the West Africa nation's bloody civil war, which ended in 2003, the government accelerated long-standing policies which granted natural resource concessions to foreign companies.
Foreign concessions for palm oil production were at the center of reforms which the World Bank has credited for transforming Liberia into a promising place for agricultural producers to invest.
But the land concessions - which now cover more than 45 percent of Liberian territory - have provoked conflict, said Kaba.
In a 2008 report, the Liberia Truth and Reconciliation Commission called land disputes a threat to national peace.
An estimated 90 percent of Liberia's civil court cases are related to land and as many as 63 percent of violent conflicts in Liberia have their root in land rights issues.
Kaba says conflict between Liberians for the remaining land threatens reconciliation in a country where 70 percent depend on agriculture.
Liberia's government under Nobel Peace Prize winner, President Ellen Johnson Sirleaf, is credited with helping the country recover from its civil war.
The draft Land Authority Act, which would acknowledge customary rights to land, was submitted to Liberia's Senate in September 2014 but NGOs have criticized its slow progress since. On April 13, the Senate passed the act, which is now awaiting ratification.
CALL FOR ACTION
Representatives of indigenous groups from Indonesia, Peru, and Colombia joined Kaba at a conference in London on Wednesday to call for action by the European Union, the third largest import market for palm oil, against "deadly trade" in the oil.
Half of all packaged food products in supermarkets today contain palm oil, according to the World Wildlife Fund, but only 20 percent of oil is certified as sustainable.
Agus Sutomo, director of Indonesian NGO Link-AR Borneo, said European consumers should be aware that - when ethical standards are not upheld - "what they are consuming is our blood."
Kaba said that he is not an opponent of development and that cultivation of palm oil - which is native to Liberia - could benefit local communities.
"Palm oil is not the problem," he said. "Land rights is the problem."