Reshaping the debate on land alienation in Africa: What are the origins of social change? 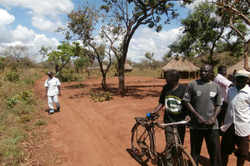