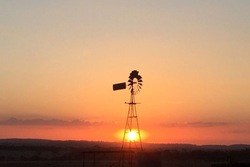 The push to buy Australian farmland and buy into agribusinesses continues to grow, with one report showing an overall jump of $1.9 billion in proposed agricultural investment, year-on-year.
The figure comes from the Foreign Investment Review Board's (FIRB) latest annual report, which indicates an increase in the value and volume of foreign investment in Australia, with China the lead investor in the past year, followed by the United States.
It also shows an extra 17 proposed investments faced scrutiny by the FIRB, thanks to the lowering of thresholds from $252 to $15 million to trigger a FIRB review.
Another report, Demystifying Chinese Investment in Australia, released on Monday by the University of Sydney and KPMG, drills down into actual deals.
University of Sydney professor Hans Hendrischke is a co-author the report, and said his study gave a more realistic picture of the situation than the FIRB's annual figures.
"They have a large number of applications. Many of those applications may in fact be for the same project in the end, so it gives a trend and indicates interest but it doesn't give an overview of actual deals," he said.
Bullish outlook for Chinese investment in agribusiness
Professor Hendrischke said the study found $375 million was spent in 12 deals across industries such as dairy, beef and cotton.
He said while there had been slow growth in the agribusiness space, last year had been somewhat of a breakthrough.
"One of the reasons why Chinese investors come here and why agricultural trade is growing is there's a crisis in the food market, a crisis of confidence, and people don't trust food security in their own country in China, and the place to go is Australia," Professor Hendrischke said.
He said Australia's clean and green image — shared by New Zealand — plus strong regulatory framework to guarantee food safety were very attractive.
Investors think the outlook for Australia is bullish.
"Our analysis is that it's taken a long time for Chinese investors to sort out the market, but we are ahead now of a period of further growth, as all indicators tell us," he said.
Professor Hendrischke said researchers had spoken to a number of senior executives of Chinese companies, who said they invested in Australia on the basis they wanted profit and long term stable returns.
He said the free trade deal with China was also significant.
"It will facilitate that export back to China and import of whatever materials, so overall that was a strong factor," the professor said.
Discerning hype from genuine inquiry
On Queensland's Darling Downs, an area with rich agricultural assets and businesses, sorting out the fanciful from the fair dinkum shows an interesting trend.
Andrew Webster is a director of a local real estate and valuation firm, and said there would always be "tyre-kickers" just seeing what was about.
"I would say that a quarter to a third of our inquiries are genuine or come from genuine roots, but when it comes to engaging the services of not only us but someone to act on our behalf, I'd say that that number would halve," he said.
Mr Webster said the hype around foreign investment had died down a bit, but when you talked genuine inquiry resulting in actual deals, there was still significant interest.
"Locally we've probably seen a decrease in inquiry in the last three to four months compared to eight to 12 months ago, but still probably the same amount of genuine inquiry," he said.
"We're still seeing inquiry from Asia, predominantly China and Korea but also the UK.
"These guys are still looking to invest in ag, which doesn't necessarily mean owning ag land, but just investing in Australian agriculture.
"We're also seeing a lot of interest from overseas companies wanting to set down roots on the Downs purely off the back of the new airport we've got here."
Mr Webster said the focus was mostly on the cattle industry.
"[We are] seeing a lot in that protein space, so beef would be number one followed by small crops and grain," he said.
"[They are] really looking to invest in Australian supply chains again. It's not a secret they're trying to shore up supply for the rising middle class.
"The businesses with foreign money behind them on the Downs are still looking to increase and get bigger, but what we see is a lot of inquiry that doesn't register FIRB action, so under $15 million."