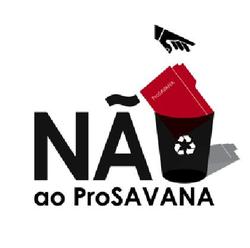 For over three years social movements, peasant families, civil society organisations, religious organisations, scholars and concerned citizens that are part of the No to ProSavana Campaign have been resisting the implementation of ProSavana in the Nacala Corridor of Mozambique.1 This project is the result of a partnership among the governments of Mozambique, Brazil and Japan, to promote agribusiness development in the Nacala Corridor, resulting in the violation of human rights and negative impacts on peasant agriculture and the environment.

Alliances among Mozambican, Brazilian and Japanese civil society organisations, among other actors, forced the postponement of Part II of ProSavana (the Master Plan)2 as well as the organisation of public hearings with communities affected by ProSavana between April and June of 2015.3 However, these hearings violated national and international laws,4 including International Labour Organisation (ILO) Convention No. 169, which guarantees the right to free, prior and informed consent.5

We, organisations of civil society and social movements allied in the No to ProSavana Campaign, denounce the current involvement of World Wildlife Fund (WWF) in ProSavana. We identified an alliance between WWF and MAJOL, the consultancy company hired by ProSavana’s promoters (in this case, JICA), to facilitate the dialogue between ProSavana and civil society.

It is unusual that the main facilitator of the dialogue, Mr. Peter Bechtel,6 who today presents himself as a MAJOL consultant, had been a WWF manager for the Northern Region, where he managed the conservation areas of the Quirimbas Archipelago, Lake Niassa, and Primeiras e Segundas Archipelago.7 During this period, Peter Bechtel and WWF funded and worked directly with civil society platforms and representatives that are currently involved in the partnership with ProSavana.

As members of the No to ProSavana Campaign, we condemn WWF’s use of its donor status to encourage civil society representatives to establish partnerships with ProSavana and the business sector, especially when it results in the violation of national and international laws that protect community rights. We also condemn the use of platforms, which have been an important tool for the exercise of citizenship, to impose international (individual and organisational) interests and agendas. Let us consider the following:

First, it is strange that Mr. Peter Bechtel, former WWF employee and currently the main mediator of the dialogue between ProSavana and civil society, has direct links with agribusiness in Mozambique, whether through the World Bank8 or USAID.9 These links are in breach of universal principles of mediation, such as the impartiality of the mediator and the parties’ free will, which create a conflict of interests.

Second, WWF attempted on multiple occasions to create civil society platforms without clear objectives, most of which were challenged by civil society. Without ever having been engaged in advocacy for ProSavana during the last three years, in only two months WWF strangely provided funds for the establishment of the ProSavana dialogue architecture. Further, Mr. Bechtel established questionable alliances with some of the representatives on the platforms, and became the coordinator of the dialogue mechanism mentioned above, as can be verified in the press release of the mechanism’s creation10—completely ignoring the work of national organisations involved in challenging ProSavana.

Third, the financial resources to set up the dialogue mechanism will be allocated by JICA (a proponent of ProSavana), including payments to experts that will be hired by the Rural Environment Observatory (OMR) to review the Master Plan.11 Many independent studies argue that the current Master Plan does not meet the needs of peasant productive systems and pluriactive livelihoods, and demand that it be restructured. So it is strange that the OMR should review the plan (but in a non-structural and non-functional way, as outlined in the term of reference), eventually proposing an approach of “coexistence” between peasant agriculture and agribusiness.

Fourth, because they receive financial resources from JICA, both the dialogue mechanism and the OMR will be accountable to JICA.12 This situation makes it impossible to ensure the impartiality and independence of these bodies.

Over the last few years, we have been following the ambiguous and disguised actions of WWF in Mozambique. With regard to its relationship with Mozambican civil society organisations, WWF has been imposing processes and the co-opting discussion spaces, such as the Agrofuels Platform and, more recently, the Alliance of Platforms, as well as the Dialogue Mechanism for ProSavana.

In 2009, UNAC and JA! published a study on jatropha and agrofuels in Mozambique, opening space for broad civil society debate, which resulted in a position document of many organisations committed to working on this topic. After a couple of months, WWF took over the discussion process, organising a meeting where it proposed to support the establishment of an agrofuels’ platform, that WWF would host and coordinate. On this occasion, WWF took many unilateral decisions without consulting the other member organisations of the platform—including the decision on the government’s involvement in internal discussions and deliberations. As a result, the majority of the members, including JA!, distanced themselves from the platform and from the collective struggle against biofuels.

In 2014, when WWF proposed the creation of the Alliance of Platforms, most of the civil society organisations present at the meeting agreed with the idea of an alliance, but argued that it should be coordinated by a Mozambican organisation instead of a foreign one. WWF ignored this request. The platform was established and is now coordinated by WWF, in its characteristic way of controlling decision-making and using its influence as a funder of many of the organisations that comprise this platform.

We do not agree with nor do we accept this sort of practice. The platforms should only exist if they are genuine representatives of the organisations they are composed of, based on open, transparent and democratic processes. Otherwise, there is no reason for them to exist. Moreover, they should not try to replace other civil society organisations that are not part of the platforms.

WWF is an international organisation that both implements its own projects and acts as a donor. It co-opts spaces for debate, using its power and influence to manipulate discussion processes related to national concerns, such as ProSavana. As a result, it creates division among national organisations. And yet, curiously, it is the No to ProSavana Campaign that is being accused of defending outside interests. Shouldn’t we be questioning the interests of WWF? 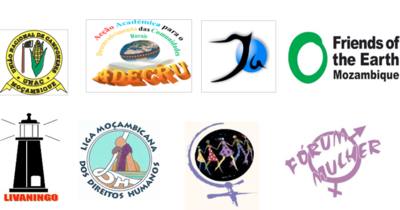