Farming on the continent alive with potential 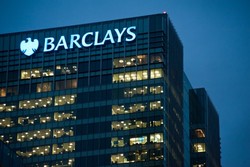 Farming on the continent alive with potential
BY MIKE COHEN AND ERIC OMBOK
JOSEPHINE Mbinya bends from the waist to pluck beans from the black soil on her smallholding south of Nairobi. She throws them in a heap on the side of the field.
"We depend on the farm for all our needs," says Mbinya, a widow who also farms tomatoes, maize and livestock to support her four children and a grandson. "When the harvest is not good, there is no food sometimes. The only way to survive is selling one of the animals."
Like many of the 80% of Africa’s farmers who operate on less than 2ha land, Mbinya struggles with a lack of financing, proper irrigation, fertiliser and machinery. Land-ownership restrictions in some countries discourage large and small-scale farming alike. Overcoming those constraints will prove critical to help feeding a global population that the United Nations expects will balloon to 9.7-billion by 2050, from 7.3-billion.
While World Bank data show Africa’s agricultural production expanded 4.2% in 2014, up from an average of 2.3% a year in the 1980s, that is still shy of a 6% annual target set by African leaders in 2003.
Average crop yields in Africa are less than half the global average.
Despite having about 60% of the world’s uncultivated arable land, Africa spends about $40bn annually on food imports, according to the Alliance for a Green Revolution in Africa, a Nairobi-based nonprofit that assists small farmers.
"Political will to improve agricultural development is increasing, but not yet at the needed levels," says Joachim von Braun, an agricultural economist at the University of Bonn, who serves on the alliance’s board.
Countries need to increase mechanisation, spend more on rural roads and other infrastructure and improve farmers’s access to financing, training and land rights, he adds.
African countries will need to lure more foreign investment to ramp up mechanised food production, according to Ernst Janovsky, head of agribusiness at Barclays Africa. He sees curbs on foreign land ownership in many countries as the biggest deterrent to attracting foreign capital.
"Although Africa has great potential to farm and you can make a lot of money, you can’t secure your investment or raise financing against the land," he says. "It’s also difficult to secure lease agreements that are tradeable if you want to get out or that are long enough to deliver a decent return. Some farm projects can take 10 years to recoup your money."
Duncan Vink, joint MD of UFF Agri Asset Management, which advises insurer Old Mutual on agriculture in Africa, still sees the continent as alive with potential. UFF targets annual returns that are 10% more than the inflation rate on farms the funds buy and lease out.
"Governments are increasingly open to investment. The main problem in expanding is persuading foreign investors to come on board."
African countries can learn from Brazil, which turned itself into a farming superpower through an integrated plan to raise productivity, according to PwC. Government reforms improved the investment climate and allowed the private sector to flourish, it said.