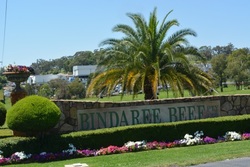 Construction of the cutting-edge facility in North Eastern China, aimed at value-adding Australian beef, is due to be finished by the end of 2016.

The 10,000 square metre facility, which will employ 600, will import and distribute 100,000 tonnes of beef per annum with Australian beef making up the largest proportion.

“Our existing brand profile will be utilised and we are developing new brands to be launched this year with specifications targeted to the Chinese consumer,” he said.

The announcement comes as a partnership between the Inverell-based business and large Chinese meat processor Shandong Delisi Food Company comes into effect next month.

Under the deal, Shandong will invest $140m into BBG for a 45 per cent share.

“Now we have a Chinese partner with strong networks and penetration, this was the obvious move,” Mr McDonald said.

It is the first chilled beef produced in Australia available online in China and was more than a year in the making, developed with specifications directly targeting the Chinese market.

Mr McDonald said the decision to go via the direct-to-customer route was taken in order to avoid the threat of substitution, which was rife in China.

“One of the main mantras we are standing on is food safety,” he said.

“Our market research says Chinese customers are willing to pay a premium for clean, green beef and early sales of First Cut have backed that up.

“After three weeks, it is right on budget and we are expecting sales to ramp up coming into the Chinese New Year.”

First Cut is a niche part of Bindaree’s business, taking 10t to 20t a week of product.

Bindaree, which exports to 55 countries, has been shifting away from being a commodity supplier towards being a branded, direct-to-customer business.

China, with its 302 million internet shoppers, forecast beef demand of eight million tonnes by 2020 and desire for high food safety standards, fits hand-in-glove with the direction Bindaree is taking.

“We believe within ten years China will overtake Japan and the United States as Australia’s main customer.

“The uptake of online retail is higher in China than anywhere else - 50 million new internet users per year.

“There is no other market in the world like it.”