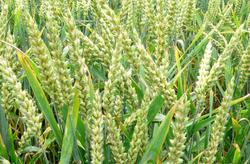 Villagers in Hanang District, Manyara Region, have made fresh demands, claiming ownership of two more wheat farms out of seven that were once under the defunct National Agricultural and Food Corporation (Nafco).

“We want back our land,” they declared during a series of meetings held mid this week.

They appealed to the government for intervention in their new bid to repossess the farms leased to private investors.

A strong plea came from inhabitants of Deajammeda village. They are craving for the adjacent Mulbadaw and Murjanda estates, citing lack of ample land for grazing their animals and crop cultivation.

“We want land for crop cultivation and the remainder for grazing. We have been living here for a long time,” lamented Leonard Soa.

Supported by scores of his colleagues during a meeting convened to discuss the land crisis facing them, the villager said their problems had been compounded by alleged harrassment by the management of the two farms.

Another inhabitant of the area Daniel Damo, 43, played down concerns that the ordinary smallholder farmers would not put the estates to productive use, just like the investors who took them over.

“Once we get the farms, the village government will prepare land use plans and will decide what to do,” he told The Citizen on Sunday on the sidelines of the village assembly on Thursday.

Five other estates are Setchet, Gawal, Warret, Gidagamowda and Bassotu Plantations. At the peak of production in the 1980s, some 100,000 acres were under wheat cultivation and met at least one third of the country’s demand for the grain.

The scheme declined from the late 1990s and collapsed in 2003 when donors freezed financial and technical support in the wake of liberalisation of the economy.

That led to the grounding of the highly mechanised venture in which Canada pumped at least $44 million. Its collapse sent hundreds of its technical staff away from the area.

In a bid to sustain production, the government invited investors.

Mulbadaw was taken over by HLH Farm and Development Company, a firm under the Haydom Lutheran Hospital in neighbouring Mbulu District while three others, Murjanda, Setched and Gidagamowda, were leased to Kenyan-based Ngano Limited.

However, the scheme was marred by a decades-old conflict with the surrounding communities who claimed they were forced out of their land without compensation and wanted it back.

The government bowed to pressure and gave the Gawal Farm near the border with Singida Region to the livestock keepers for grazing, and Waretta for the peasants to cultivate.

Deajammeda village chairman Renatus Paulo said his people want to recover their land. He wondered why entities or individuals from outside the area had been leased vast tracks of land while the locals were forced into marginal areas.

“We are pleading to the government of President John Pombe Magufuli to intervene,” he said, noting that the estates stood on their ancestral land where they lived before the 1970s when they were evicted by force.

Mr Paulo said the perception that the investors were favoured because they paid taxes was no excuse to deny the villagers land.

According to him, they were contemplating making a formal request to recover the land by sending a team of elders to Dodoma to present their case to national leaders.

Ms Udamushani Gichennog decried alleged harrassments from one of the estates, adding that they were no longer enjoying social services support from the farm managements as was the case in the past.

The Citizen on Sunday could not reach officials of Ngano Limited as their cell phones were not answered.

But a senior official of HLH Farm and Development Ltd, which manages Mulbadaw Farm professed ignorance of any conflict between the management and the said villagers.

“They did not communicate with us on the ownership of the farm,” he told The Citizen on Sunday on phone on condition of anonymity noting, however, that he was not surprised by the demands raised.

“The issue surrounding ownership of the former Nafco farms have been highly politicised for many years,” he said and added that they followed all legal procedures to acquire the farm which they use to cultivate wheat for sale.

The proceeds are used to support the Haydom Lutheran Hospital which serves several districts in Manyara, Arusha, Singida and Simiyu regions.