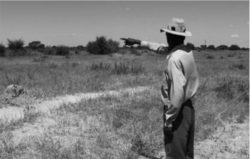 DOWNLOAD PDF
Large-scale land acquisitions by both foreign and local investors for agriculture, forestry and wildlife purposes, among others, remain a major challenge for African governments.

In recent years, the Namibian government through various ministries received proposals from multinational agribusiness to develop large-scale agricultural irrigation projects. However, only a few of these proposed largescale projects have materialised or have been operationalised.

This study is aimed at investigating land acquisitions by private and/or foreign investors (large-scale agricultural investors) in Namibia’s communal land areas. The purpose of the study is, among others, to ascertain the socio-economic impacts of such deals on communities, whether legal requirements are adhered to before land for such deals is acquired or allocated, and whether community members can protect or defend their land rights or successfully oppose such deals if such is not in their interest.

The study found that there were insufficient consultations with the communities who were affected by the land deals. In addition, other procedures, as provided for in the Communal Land Reform Act, 2002 (Act No. 5 of 2002), were not being adhered to. The decision to grant leases to private or foreign investors seemed to only occur at a high level, such as the Traditional Authority (TA), Communal Land Board (CLB) and the Ministry of Lands and Resettlement (MLR). In some cases, community members were in the dark about the positive and negative impacts of such projects. They did not understand the benefits of accepting such projects and the issues of compensation were often not clear.

One of the major findings is also that the community members lacked basic understanding of their land rights and hence they are subjected to decisions which, in the long run, are not beneficial to them. The outcome of the study advocates for the formalisation of group rights to make more options available for tenure security to different communities, as the current legislation does not adequately provide protection of commonage resources.