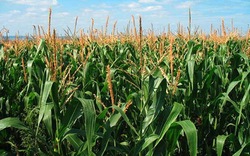 Cabo Verde is already producing food abroad, specifically in Paraguay, where the government in 1996 bought a plot of 10,000 hectares, which mainly produces rice, corn, wheat and soy.
Macauhub | 20 November 2015

Angola grants 7,000 hectares of land to Cabo Verde
The government of Angola granted a plot of 7,000 hectares in Kwanza Sul province to Cabo Verde (Cape Verde) for agricultural development, said Thursday the Cape Verdean ambassador to Angola, Francisco Veiga.
The ambassador, at the end of a courtesy visit to the governor of Kwanza Sul, Eusébio de Brito Teixeira, said the government would now consider what to produce on the land but said that maize production from improved seeds was one of the priority crops.
“The Ministries of Rural Development and Finance and Planning are already examining this file, so that the government can decide what will be produced in those 7,000 hectares,” said the ambassador quoted by Angolan news agency Angop.
Veiga and the governor of Kwanza Sul reviewed the cooperation project between the two countries, particularly a twinning agreement between the cities of Praia and Sumbe, where a rural village will be established to set up Cape Verdean families that will work in agriculture and livestock.
Cabo Verde is already producing food abroad, specifically in Paraguay, where the government, in partnership with agricultural engineer Adriano Bettencourt Pinto, in 1996 bought a plot of 10,000 hectares, which mainly produces rice, corn, wheat and soy.
The land, purchased from a private owner for US$1.129 million, was 80 percent owned by the Cape Verdean state and the remaining 20 percent by the agricultural engineer, eventually ending up in private hands, following the “privatisation of the National Supply Company (EMPA) and the political indecision of the time,” according to Adriano Pinto.
The land is known as the Ilha Verde (Green Island) and widely considered to be the 11th island of Cabo Verde, with the first shipment of 15,000 tons of corn reaching the archipelago in November 2013. (macauhub/AO/CV)