Private equity plows into new territory with move to agribusiness 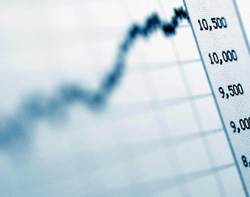 "You cannot have anything in agriculture without the land,” says TIAA-CREF
Pensions & Investments | 7 Sep 2015

Private equity plows into new territory with move to agribusiness

Private equity and venture capital firms are going down to the farm, moving into the agribusiness and agriculture technology sectors in a big way.

The smallish sector is gaining steam as asset owners seek investments that provide current income as well as returns. While private equity firms previously have invested opportunistically in agriculture and agribusiness out of their main funds, a growing number now are raising funds dedicated to the sector.

This year, some 33 private equity-focused agriculture funds are seeking to raise a combined $8.5 billion, according to London-based alternative investment research firm Preqin. These funds are managed by natural resources managers as well as private equity and venture capital firms. Three agribusiness funds closed this year on a record total of $3.4 billion, already exceeding the $2.7 billion raised by 14 funds in all of 2014.

Some investors are banking that agribusiness will perform better over the long term than farmland, hurt this year by returns falling below real estate in general as reflected by the NCREIF Property index. Private equity and venture capital firms are hoping the growing worldwide need for food will turn agribusiness into a return bonanza.

But what really piqued private equity executives' interest was a “unicorn,” a startup company valued around $1 billion, Mr. Kahn said. That was Monsanto Co.'s $930 million purchase of The Climate Corp., a venture capital-backed company offering weather insurance for farmers.

“One of the attractions of this sector for investors generally is that it hasn't had the penetration by institutions historically and so they are looking for opportunities to capitalize on the inefficiencies that exist in the sector,” said Jim Gasperoni, partner and head of global real assets at Aberdeen Asset Management.

Agriculture and agribusiness are in the “early innings” as an asset class, he said. “There's a case to be made that investors can make additional return by capitalizing on the inefficiencies,” Mr. Gasperoni said.

Some of the largest private equity investors, including KKR & Co. and Carlyle Group LP, are investing in agribusiness, with a portion of the capital focusing on emerging markets.

Private equity firms have concentrated more on lesser-developed countries moving from a historically agrarian-centered economy to one closer to a modern economy, said Jack Rivkin, CEO and chief investment officer of La Jolla, Calif.-based alternative investment manager Altegris Advisors LLC. The firm partnered with KKR in April to offer a private equity mutual fund that could include exposure to agribusiness.

As part of his firm's work with KKR, Mr. Rivkin said he looked closely at KKR's investments in Asia, including China, in the agriculture-agribusiness sector. He also has done extensive research into a proposed agriculture project in Argentina.

“It's an interesting and exciting opportunity,” Mr. Rivkin said. “If you are going to feed all of these folks properly, you have to increase the productivity of the agriculture system.”

Farmland and agriculture have less institutional investment than other real asset classes, said Jose Minaya, a senior managing director and head of private markets asset management for TIAA-CREF. “There is less than 1% institutional penetration in the overall farmland market,” he said.

“There are more people on the planet needing a finite resource,” he added. “Farmland is at the beginning of the value chain. You cannot have anything in agriculture without the land.”

TIAA-CREF invests in farmland, which it sees as the lowest risk investment, he said. The firm had $5.5 billion in farmland as of June 30, 2014, according to Pensions & Investments most recent real estate manager survey. In August, TIAA-CREF closed on its second farmland partnership, the $3 billion TIAA-CREF Global Agriculture II.

Private equity and venture capital firms are making bets within agriculture on everything from packaging to drone technology, “which makes all the sense in the world,” he said.

The New Mexico fund's commitment of up to $50 million to Paine & Partners Capital Fund IV in November was its first investment with a discrete agribusiness private equity fund, said CIO Jonathan Grabel. Pension fund executives are seeking to diversify the real assets portfolio, which officials found to be heavily energy-focused, Mr. Grabel said.

Many of these firms are investing in companies with new technologies that increase production, noted Aberdeen's Mr. Gasperoni. “Traditional farmland managers are also raising dedicated farm technology funds,” he said.

Venture capital investment opportunity stretches across the food industry, said Omnivore's Mr. Kahn. One example is Modern Meadow — a portfolio company of Hong Kong-based Horizon Ventures; Breakout Labs; Sequoia Capital; Artis Ventures; and Iconiq Capital — that is growing meat and leather in Petri dishes. Robotics startups include companies manufacturing drones and others looking to do everything from testing water levels to determining when it's time to pick the crops, Mr. Kahn said. n

This article originally appeared in the September 7, 2015 print issue as, "Private equity plows into new territory with move to agribusiness".