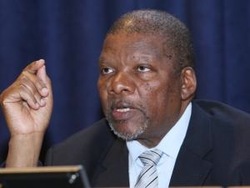 Cape Town - Government on Tuesday tried to alleviate jitters that the prohibition of land ownership by foreign nationals would drive away investors.

“Our conviction is that any investor, whether foreign or national, wants policy certainty. Once they understand what the policy is, they adapt accordingly,” Minister of Rural Development and Land Reform, Gugile Nkwinti said in the National Council of Provinces (NCOP) while presenting his deparment’s budget vote speech.

Under a proposed law announced early this year by President Jacob Zuma, foreign nationals and juristic persons would not be allowed to own land in South Africa, but would be eligible for a long-term lease with a minimum of 30 years.

A ceiling of land ownership is also set at a maximum of 12 000 hectares in the bill.

“Once the Bill is assented to by the president, foreign nationals can only be entitled to long term leasing of land with a minimum of 30 years and will not be allowed to buy land in South Africa,” the Presidency said in February.

The bill would be submitted to Parliament this year for approval before Zuma signs it into law.

With regard to land ceilings and the prohibition of land ownership by foreign nationals, there has been outright rejection from the greater part of the sector across racial and class lines.

The prohibition of land ownership by foreign nationals has drawn a sharp response from, particularly, the Banking Association of South Africa, Agricultural Business Chamber and AgriSA. The basis of their rejection is that it will drive away foreign investment, not only in the agricultural sector, but in the economy as a whole. Enditem