The seemingly public hearing of the ProSavana Program: Yet another phoney dialogue process 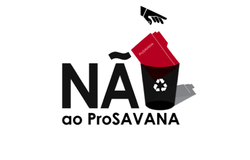 The seemingly public hearing of the ProSavana Program: Yet another phoney dialogue process

Similarly to what happen in April and May at district level and in the capitals of the Provinces of Nampula, Niassa and Zambézia, on the 12th of June 2015, the Joaquim Chissano Conference Centre, in Maputo, was the chosen venue for the nationwide “Public Hearing” meeting of the ProSavana Program. The meeting was lead and moderated by the Minister of Agriculture and Food Security, José Pacheco.

Taking in consideration the regulations about public hearings, including the “General Directive for the Public Participation Process in Environmental Impact Evaluations Processes” approved by Ministerial Diploma nr. 130/2006, July the 19th, it becomes obvious that these regulations have not been followed in all of the public hearing process of the ProSavana Program.

It is important to highlight that at least two fundamental principles were violated during the public hearing session moderated by José Pacheco:

1. The Principle of Independence, which defends that “in the process of public hearing and consultation, conditions must be created so that the result may reflect the real concerns of those affected and involved, and not be dominated by any particular interest, alien to the process” and;
2. The Principle of Responsibility, which defends that “the public hearing and consultation process must represent in a faithful and responsible manner, the concerns of all intervenients”.

Despite the questions raised by the peasants and civil society organizations representatives regarding the legality of the “hearing”, the Minister ordered that the session should carry on and said that those who did not wish to participate were welcome to leave.

The Minister created a tense, uncomfortable and distrustful setting when he stated that ProSavana was conceived having in mind the fact that agriculture is one of the pillars supporting the development of the country that the government prioritizes. “We stand by this mission firmly and we will run over every obstacle and carry on” – said the minister in a menacing tone.

Worse than that, in an arrogant, overbearing and threatening manner, the Minister ordered the participants to stick to patriotic comments, stating also that obstructive comments and obscure agendas would not be tolerated. Such act was in severe violation of the Universal Human Right Principle of Free Consent, which stands for a participation free from coercion and intimidation, and which is a part of all international treaties and conventions undersigned by Mozambique, including the Voluntary Guidelines on the responsible Governance of tenure of land, fisheries and forests.

This is how yet another debate about a polemic program that has been dividing opinions across all segments of Mozambican society (not only due to the irregular and secretive way it is being implemented, but mainly due to the fact that the program does not accommodate our needs and expectations) has started. The presence and the rehearsed speeches praising the program of many of the Ministry of Agriculture and Food Security high-ranking members were notorious.

The way this Maputo session took place, made it clear that this public hearing was orchestrated and planned to the detail in order to, once again, regardless of the opinions, expectations and the real participation of civil society and affected communities, try to legitimize ProSavana. Maybe it was a condition posed by the Brazilian and Japanese governments, whose democratic institutions, like the State Prosecution and Parliament, respectively, have been demanding that they follow all fundamental rules if they wish to proceed with this problematic triangular partnership. For example, it is known that Brazil’s Federal Prosecutors Office has set up an inquiry to the Brazilian Cooperation Agency (ABC) and to the Brazilian Agricultural Research Agency (EMBRAPA) – two institutions through which that country participates directly in the execution of ProSavana – to investigate the allegations of irregularities that have been made by peasants and civil society organizations of these three countries.

Despite the fact that the conditions were set to, once again, manipulate the public hearing process, the plan did not go as planned, since the farmers and civil society were not fooled nor intimidated and vehemently contested such pretensions. Nevertheless, due to the unfounded threats of the Minister and as a result of his decision to keep some of the participants from speaking, civil society members, including the peasants, left the meeting room as a form of protest to all the irregularities of this process. Therefore, truth be told, there was no public hearing in conformity and as stipulated by the law.

The ProSavana Program has no legitimacy because it does not abide to the law and because it is fundamentally rejected by wide sectors of Mozambican society, mainly by peasant communities and organizations of the Nacala Corridor, and due to the serious irregularities and potential negative consequences it may cause if it gets to be effectively implemented.

We regret and repudiate the Mozambican governments persistence in breaking the law, opposing in an intolerant manner to our rights and to our social and constitutional conquests, imposing on us a triangular partnership with Brazil and Japan that will seriously and negatively impact directly on over 4.5 million Mozambicans, most of which from peasant and rural communities.

Hence, we come forward to publicly denounce all the public hearing process of ProSavana’s Masterplan Draft Zero, including the participants Human Rights violations and;
Thus, we demand that, on one hand, the public hearing in question, as well as those which already took place at district and provincial levels, be declared void and invalid for all that we have mentioned above; and on the other hand, that all the methodological documents that guided the elaboration of the Master plan be made public in accordance to the Information Act and to the principles of transparency and public participation as stipulated by the law.