In a new review of law reforms across the continent, GRAIN finds that in the last decade, legislative changes covering agriculture land have already led to the transfer of at least 43.5 million hectares of farmland away from Asia's small farmers. 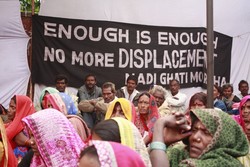 "In India, land is becoming a right for corporations rather than the landless," says Subramanian Kannaiyan of the South Indian Coordination Committee of Farmers' Movements. "Draconian colonial land laws allowing the forcible seizure of land from farmers persisted even into the 21st century, when farmers' struggles finally led to a new land law. But in a desperate attempt to strip away the positive aspects of the new act, the present government brought out a new Land Ordinance of 2015 which is more draconian than the colonial laws. Farmers will continue to resist any form of control over people's resources by governments and corporates."

Asian governments are facilitating a fundamental shift in land ownership in favour of corporations. They are adopting a range of approaches, but the clear trend is the removal of legislative and other impediments that prevent foreign and domestic companies from acquiring vast areas of farmland.

"Although the legacy of progressive land reform in the 20th century remains – preventing the transfer of actual ownership of land out of farmers' hands – rural China is moving towards land concentration and growing inequality. Specifically 'Chinese characteristics' aside, the rising trend transferring effective control of China's agricultural land to corporate entities fits the overall trend in rural Asia," says Yan Hairong, from Hong Kong Polytechnic University.

The changes to land laws are reinforced by the free trade agreements being negotiated across the region, but farmers are building coalitions to fight back.

"According to calculations made by the Ministry of Agriculture in 2010, the effect of full liberalisation of agricultural products following Japan's entry into the Trans-Pacific Partnership will be to slash the area of land devoted to agriculture by 60 percent, and reduce the country's food self-sufficiency to just 13 percent. Meanwhile, the revision of Japan's Agricultural Land Law will open the way for corporations to take a much greater role in farming," says Yoshitaka Mashima, Vice Chair of Nouminren, the Japan Family Farmers Movement.

"Nouminren's joint appeal against changes to the land law, issued together with women's groups, labour unions, prominent academics and consumer organisations, has played a major role in making the general public aware of the dangers."

The concentration of fertile agricultural land in fewer and fewer hands is directly related to the increasing number of people going hungry every day. Asia's small farmers have been shown to be among the most efficient and productive farmers, able to feed the continent – if not the world.

What is taking place is more than just a transfer of lands. Governments are facilitating a fundamental shift to a corporate food chain supplied by industrial agriculture, away from the small-scale, traditional agriculture and local food systems. We urgently need to safeguard food sovereignty and the livelihoods of hundreds of millions of peasant farmers.