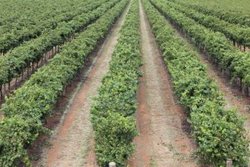 A new type of property deal is entering the agribusiness space as investor interest in the sector grows, according to property group Colliers International.

Sale and leaseback agreements were almost unheard of in agriculture five years ago, but a few major deals recently have put them on the map.

In its simplest form, it means selling land or assets to another party, with the agreement they will rent it back to you for a fixed term.

Private equity group TPG, which owns Inghams Enterprises, generated $650 million by entering into a sale and leaseback of its properties.

He said property sellers who entered into these arrangements were looking for an alternative to traditional finding.

"They weigh it up to see if those funds can be put into their current operations to get higher yields if they focus on the business side, rather than have all their capital tied up in land."

While the sale and leaseback agreement is gathering popularity at the moment, Mr Altschwager said fluctuations in currency and interest rates, as well as the value of Australian assets, all had the potential to change the appetite for this type of investment into the future.