Ethiopia: Large scale killing and deportation of Somali-Issa people in the Awash River 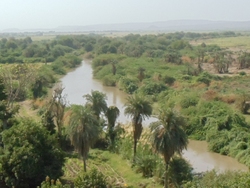 Ethiopia: Large scale killing and deportation of Somali-Issa people in the Awash River

During the recent weeks, the Ethiopian government is perpetrating a crime against humanity against the Somali-Issa people living in the following towns: Gadmaytu, Undufo and Cadaytu, located near the Awash River. More than 300,000 people were asked to clear an area the size of Belgium (30 000 square kilometers), to pave the way for a program designed few years ago, with the prime purpose of leasing or selling lands to foreign investors.

International institutions such as the World Bank or the African Bank for Development are repeating these past few years that Ethiopia has an annual growth between 8 to 10%; but on the ground, in spite of the few foreign investments in the hospitality industry, or infrastructure projects like the “grand renaissance dam” which damaged the environment, 70% of the 80 million Ethiopians are still living with less than 1 dollar a day.

Ethiopia is also well-known with having a very poor record regarding Human rights. Political opponents and journalists are routinely jailed, if not killed. According to Reporters Without Borders, a leading NGO in the field, the government has created a climate of fear within the press ahead of the parliamentarian elections in May next year “At least six publications had to close in recent months; and around 30 journalists have fled abroad since the start of the year, as a result of the biggest crackdown on the privately-owned press since 2005”. Prominent journalists like Mr. Temesgen Desalegn, the editor of “Fact” magazine, are jailed with vague charge of “terrorism”. According to another press watchdog, the Committee to Protect Journalists: “Ethiopia has one of the most restricted media in the world and the highest number of journalists living in exile”.

The general elections in May 2005 were marred with frauds and violence, leaving more than three hundred deaths and thousands wounded. Several well-known opponents including blogger Eskinder Nega and opposition leader Andualem Arage paid a huge price for their search of freedom: Mr. Nega was jailed for 18 years while Mr. Arage was sentenced for life. As a result, the current Parliament elected in 2010 comprised only 1 opponent out of 547 Parliamentarians!!!

During the last five years, the authoritarian Ethiopian government has put in place an ambitious GTP (Growth and Transformation Plan) aimed at attracting international investments. Unfortunately, this Plan is based on the forced eviction of 1.5 million people in the Gambela, Afar, Somali and Benishangul-Gumuz regions. In the Regional Somali State alone, 500,000 people have to be deported. This process is well-known as “land-grabbing”, consisting of selling or leasing large pieces of land in developing countries to international firms, governments (Brazil, India, Qatar, Saudi Arabia, Republic of Korea, etc.) or wealthy individuals. According to activists monitoring the issue worldwide, who published their findings in “Farmlandgrab.org” and “Survivalinternational.org”; or works undertaken by researchers like Jon Abbink, an anthropologist specializing in the Horn of Africa, Ethiopia is deeply engaged in this process in a very bad way: « In Africa, Ethiopia is at the forefront of handing out land ». Of course the amount paid by foreigners to acquire land is never released and it is very unlikely that this money will ever reach the poor Ethiopians.

Several NGO working in the field of Human Rights have reported and documented how the Ethiopian government has removed at gunpoint thousands of indigenous people from their ancestor lands in the OMO River and the Gambela region since 2010. Killing, rapes, extrajudicial executions, arbitrary detentions and beating have been used during the deportation process, according to Human Right Watch, Survivalinternational and the Oakland Institute.

Those last weeks, the Ethiopian government sent its military forces into the Regional Somali State, besieging the towns and villages of Cadaytu, Undufo, Gadmaytu, and the surrounding area inhabited by Somali-Issa pastoralists and farmers.

The violence deployed against the indigenous tribes living in Gambela and around the OMO River is again underway there. Demonstrations have been staged by the Somali-Issa inhabitants. The response was a fierce repression with the army firing indiscriminately. Dozens of people lost their lives, while hundreds have been wounded. All this happened in silenced as not one single media – be it national or international- is reporting this slow onslaught on Somali-Issa pastoralists in Ethiopia.

On 25 November 2014, in yet another crackdown aimed at discouraging Somali-Issa, four elders and a dozen youths living in the above localities and in Dire-Dawa, the second largest city in Ethiopia, were arrested and taken into custody in Jigjiga, the capital of the Regional Somali State. On 5 December 2014, elders Guhaad Adaan, Cali Muuse, Xareed Xasan and Axmad Nuur Cabdilaahi were sentenced to 3 years imprisonment, whilst the youths were jailed for 2 years.

As highlighted recently in a conference by the courageous and well-known Ethiopian activist and ONLF official Rayaale Hamoud, the Tigrean ethnic minority who seized the power in 1991 in Ethiopia is trying to thwart and diminish the influence of the Oromo, Amhara, and Somali, which outnumber them in various subversive ways.

In Gadmaytu, Undufo and Cadaytu, the Tigrean government has set up an intractable and artificial border dispute between the Afar and the Somali Regional States, applying an old tactic inherited from the colonial powers: “divide and rule”. They pushed the Afar into claiming the area on the basis of historical ownership, in a flagrant move contrary to the provisions of the Ethiopian Constitution which states: “States shall be delimited on the basis of…language, identity and consent of the peoples concerned”. Indeed, many internal reports upholding the constitutional provisions, taking account of other disputes between Regional States across Ethiopia, written by neutral officials recommended the organization of a referendum to settle the issue. Notably, one report said that “the Afar claims of ownership of some of the territories in which the Issa are presently found, such as Cadaytu, Gadmaytu, Undufo and others, based on the claim that the Afar used to inhabit these territories in the past. Nevertheless, the issue of territory should not be considered by looking at history, but what should be considered is the status quo instead. The present settlement patterns, plus the fact that both the Afar and the Issa are people of one country; and that inter-regional boundaries should not be a barrier for the two communities from using the scarce natural resource that are found in their localities”.

The man fueling the dispute and opposing any amicable resolution between the two neighboring tribes is Mr. Shiferaw Tekelemariam, the Ethiopian Minister of Federal Affairs, who is married to an Afar woman.

What is more unfortunate is the sinister role played by high rank Somali officials. Both Mr. Abdi Ilay, the current President of the Regional Somali State, who is a Somali-Ogaden; and one of his deputy Mr. Abdi Hakim, a Somali-Issa, are acting as servile lackeys, leading the repression against their own people. These two men are so inhumane that they even changed the age of the four elders, submitting to Court false documents stating that that they are 40 to 50 years old in order for them to be jailed. In reality, each elder is more than 70 years old.

In any case, the authoritarian Tigrean government is not in favor of the Afar people at all, rather, it is pursuing its main purpose: namely the ultimate deportation of either Somali-Issa or Afar, in order to sell or lease those fertile lands around the Awash River to foreign states and international funds.